WGU Texas was established in 2011 as a partnership between Western Governors University and the state of Texas with a unique mission to help Texans obtain a quality education. When WGU was established in 1997, the founding governors realized that technology, the internet, and a new model of competency-based education could transform higher education by creating new opportunities for working adults.

The mission of WGU Texas is to expand access to affordable higher education for Texas residents through online, competency-based programs that address key workforce needs. 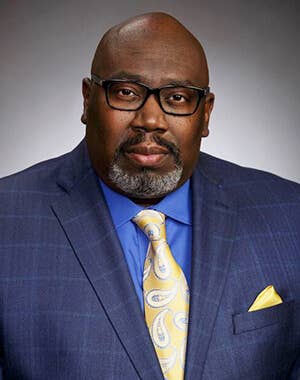 Before joining WGU Texas, Rankin was Chief Student Affairs Officer and Vice President of Student Success at Lone Star College (LSC) - Kingwood, located in Houston, Texas. The LSC system is the fastest-growing community college system in the U.S. and the largest in Houston, with over 95,000 total students.

Rankin served as Chairperson for The Diversity Committee at the LSC - Kingwood Campus and brings to his work over two decades of experience leading and evaluating initiatives like institutional sensitivity, diversity, and intercultural inclusion.

In May 2011, he received a Commendation from Congressman Kevin Brady from the eighth district of Texas and the United States House of Representatives for his community service.

Rankin has also worked with the National Hispanic Institute as a faculty member working with Latino students on issues related to educational access and success.

Rankin attended Delgado Community College of New Orleans. He earned a Bachelor of Arts degree from Loyola University in New Orleans, and a Master of Science degree in Higher Education Administration with an emphasis in Student Personnel Services from Syracuse University, and a Ph.D. degree in Higher Education Administration from Jackson State University. In 2006, he studied at The Abby in Pontlevoy, France, and is a 2001 alumni of the distinguished Harvard University IEM program, where he was a Bush Hewlett Fellow. 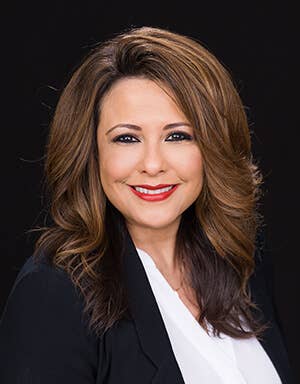 Before joining WGU, she served as Deputy Commissioner for Agency Operations and Communications and Chief Operating Officer for the Texas Higher Education Coordinating Board (THECB) and as Chief of Staff and Legislative Director for a member of the Texas House of Representatives.

Battles earned her bachelor’s degree in Psychology and a master’s degree in Public Affairs from The University of Texas at Austin. In 2017, she was selected as a Woman of Distinction by the Texas Association of Mexican American Chambers of Commerce.

As Regional Director, she is expanding the university's partnerships and helping drive the region’s operational strategy and oversight of university initiatives to deliver high-quality education and graduates that meet workforce needs.

WGU Texas is led by a Chancellor and an Advisory Board who reside in Texas and provide guidance on the most effective ways the university can meet the need of Texans.

WGU Texas has established strong partnerships with many businesses, and educational institutions across the state.

Through our partnership with Bright Horizons EdAssist Solutions, the following companies receive benefits: