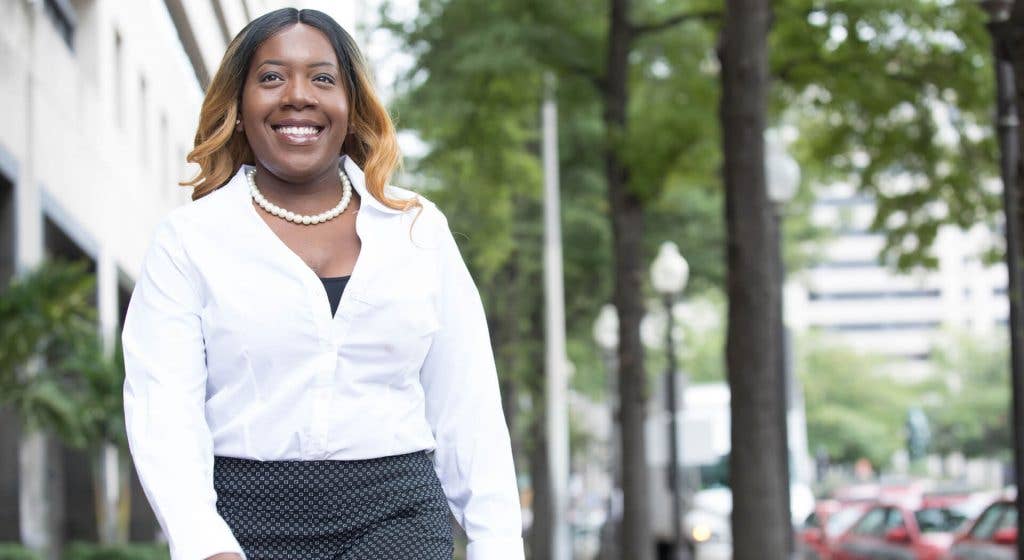 Arricka’s interest in the teaching field began not out of want but out of need. Her daughter was two years old when Arricka found herself with no job and no real career path. She tried substitute teaching — and hated it. But 10 years later, after years of job hopping and limited income, Arricka decided to try out a new program that allowed more freedom in the classroom. “I have been in love with my work since then,” she says.

That desire for a degree led her to WGU, but Arricka’ss new-found love for teaching did not provide enough financially to support herself and her daughter. She struggled to keep the electricity on at their house, despite working two full-time jobs while enrolled as a full-time student.

The Hansen Scholarship from WGU allowed Arricka to finish her final two terms and graduate. She says, “I am beyond excited! Your generosity has assisted me in reaching my goals and helped my dreams come true. ”

Donations to our scholarship program help students like Rashaan succeed.