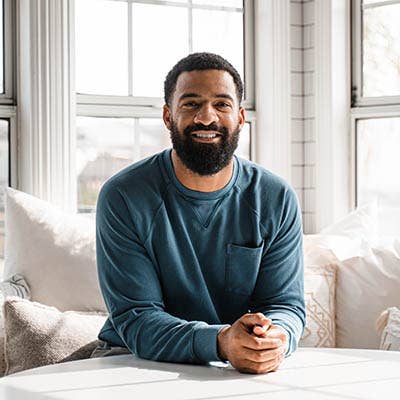 A Super Bowl champion linebacker turned Hollywood writer/producer, Spencer Paysinger brought his own poignant story of living in South Central LA and playing football at Beverly Hills High to the hit series All American. Spencer developed the award-winning show about being an outsider in two worlds and serves as a producer.

Like the “Spencer” character based on his life, Spencer grew up amid the drugs, gangs, violence and poverty of South Central LA with education-focused parents and a dream of going to college.

A promising athlete who played four sports but excelled in football, he was offered the opportunity to attend elite Beverly Hills High, going on to lead the football team as captain to an undefeated season. A scholarship to the University of Oregon followed, where Spencer also became team captain and was part of the team’s first undefeated season.

Graduating with a bachelor’s degree in economics, he began his NFL career with the New York Giants, winning Super Bowl XLVI in his rookie season.

Spencer played seven seasons with the Giants, Dolphins and Panthers, retiring in 2017 to pursue his dream of developing television and film projects focused on the Black experience in America.

Just four months after his retirement from the NFL, Spencer was shooting the pilot for All American. Now a sought-after writer/producer, Spencer has written and developed various concepts under his Moore Street Productions banner with Uninterrupted and Deviants Media. He is currently writing a film for Ron Howard and Brian Grazer’s Imagine Entertainment.

Committed to leveraging his success to create opportunities for young people, Spencer serves on the board of KIPP Public Schools’ Black and Latino Leadership committee, with the goal of creating programs for KIPP’s South Central youth. He also serves on the board of Lyft’s City Works Council, which dedicates $50 million a year to support locally driven community initiatives. Spencer is also a co-owner of Hilltop Coffee + Kitchen, a fast-casual eatery with allegiance to underserved communities.

An inspiring speaker whose personal journey has already touched millions of viewers, Spencer is a creative powerhouse telling the stories of Black experience with refreshing insight and perspective. Often using clips from All American to discuss topics ranging from educational opportunity to intersectionality, he frames complex issues within a familiar and highly personal context. Fans of All American are treated to a firsthand account of where the real-life athlete that inspired the beloved character “Spencer” headed after Beverly Hills High – and where all of us can go if given the individual and community support to follow our dreams and potential.

Jonathan Hernandez grew up in the Philippines and moved to the United States from the Philippines in 2016. He is currently working as an Information Security Analyst at State Auto Insurance Companies in Columbus, OH, where he specialized in Application Security and Governance, Risk, and Compliance. 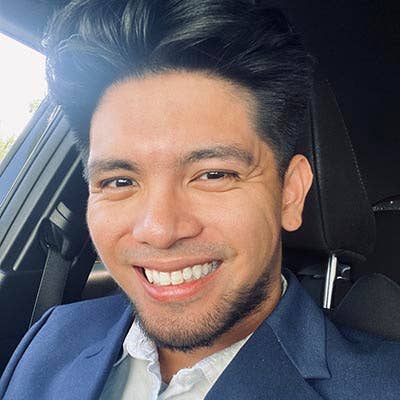 He has numerous cybersecurity certifications and has received the ATE Student Award for Excellence from the National Science Foundation last 2019.

Anny is a proud mother, wife, daughter and sister who has completed her Bachelor of Science in Nursing degree with WGU. Anny is a native West Virginian and attended Marshall University as a part of her undergraduate studies. She also attended Cabell County Career Technology Center where she obtained her LPN diploma in 2007. 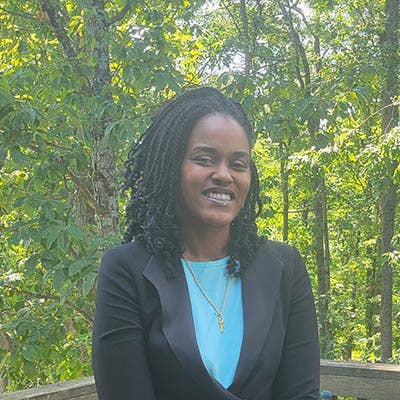 Prior to attending WGU, she received her ASN from Blue Ridge Community and Technical College, where she excelled as one of the top students in her nursing classes. She has also received an Associates of Applied Science from Blue Ridge CTC as well.

Anny is a wife and mother of one and has a rambunctious dog, Bella. Anny currently works as a RN in the federal government. She plans to pursue her Master’s degree with Western Governors in the near future.

Anny loves reading, cooking, basketball, and listening to podcasts, especially The Problem Podcast with Jon Stewart.  She also loves to catch a great deal at her local store and watching her daughter play soccer.

Jenetta Brown is a mother of 2 boys, a sibling to 5 sisters and one brother, and aunt to 10 nieces and 10 nephews and a great aunt to 3 great nephews and 1 great niece. Family is everything to her.

While she has lived in Illinois most of her life, she briefly lived in Georgia to complete her high school education then returned to Illinois. 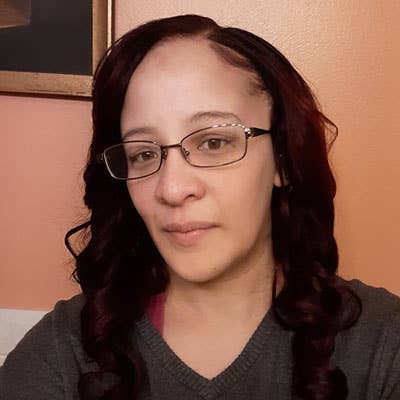 She loves reading mystery books, watching action and sci-fi movies, and considered herself to be a Gryffindor.

After starting and stopping her education in other institutions, she found that WGU helped work with her and her learning style. With the help of her mentor and the encouragement of her family, she accomplished her dream of having a degree that can back up her 20 years of accounting experience.

She completed her Bachelor’s in Accounting from WGU in June of 2021 and her Master’s in Business Administration in September 2022.  She says her education has been a success story thanks to WGU and she is proud to be a Night Owl.

Hannah Tina - Tipton, IN
Master of Science, Management and Leadership

Hannah Tina was raised in the small town of Tipton, Indiana. She is an accomplished soldier in the Indiana Army National Guard which she has been a member for the past 11 years. Most of her time in the service, she worked as a Recruiting and Retention Non-Commissioned Officer where her primary job was to find, train, and mentor incoming and new soldiers. 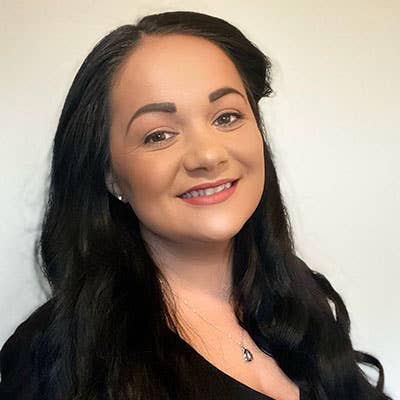 She was ranked as one of the top Recruiters in the state for multiple years before transitioning into her new position. She currently works as a Supply NCO, where she leads and maintains logistical support and equipment maintenance.

Hannah graduated with her undergraduate degree from Indiana University in 2018, then her Master of Science in Management and Leadership in 2020. She has plans to attend WGU one last time to achieve her Master of Business Administration. Her future aspirations include working as a high-level HR officer following her military retirement.

She is a proud single mother of an eight-year-old boy, named Liam. She enjoys reading, creative writing, and being outside with her son and her Goldendoodle, Loki. She firmly believes everything happens for a reason, and those reasons are not always clear at first- but will come to light as time progresses. One of her inspirations, is Laurel Thatcher Ulrich who wrote about women who do not always follow the norm, and once said “Well behaved women, seldom make history.”

Tracy is a registered nurse whose 18-year nursing career in the Indianapolis area has focused on caring for patients with mental illness. She is currently a Nursing Education Specialist for Behavioral Health at Community Health Network. She obtained her BSN and MBA through WGU. Tracy has enjoyed singing throughout her life, and has had performed solos in musical theater, Christmas pageants, as well as with her family gospel group. More recently, she is delighted to be the lead singer of the local band Rogue Heart. She is married and has three children. Tracy would like to dedicate the singing of the National Anthem to her late grandparents, Joseph and Elsie Haase, and Ivy and Doris Lott. 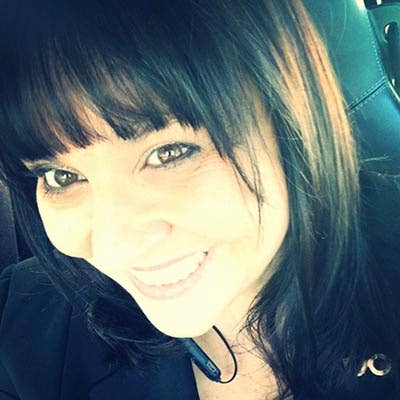