View the entire virtual ceremony on YouTube or check out specific sections of the commencement via the links provided below. We encourage you to leave comments and view comments from others!

Fresh out of college at age 22, Sharon Test found herself working in banking—which had not been her field of study. But she always had great networking skills and perseverance, which allowed her to quickly climb the corporate ladder. 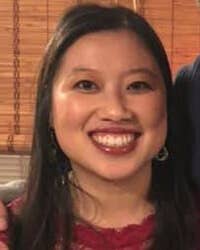 Knowing she wanted to land a management role, she enrolled in WGU’s M.S. Management and Leadership program to gain the skills she needed for leadership.

Today, Sharon is the Vice President at Citi. She completed her degree while wearing many different hats: full-time worker, mother of two, wife, friend, and a leader of her dragon boat racing team. But Sharon’s journey didn’t stop there. Upon completing her MSML degree, she re-enrolled at WGU and completed her MBA.

LeighAnn Brooks
Master of Science, Nursing—Leadership and Management (BSN to MSN)
Huntertown, IN

A diagnosis of breast cancer derailed LeighAnn Brooks’ plans to go back to school and get her bachelor’s degree in nursing. But after several surgeries and numerous rounds of chemotherapy and radiation, she was declared cancer-free. 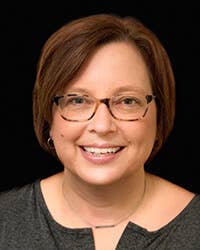 This gave her a new perspective on life—she was a survivor.

After returning to work, LeighAnn was promoted to the lead position within her department and was encouraged to complete her degree. So, she enrolled at WGU to finally earn her BSN. She finished the degree program in just two terms, but in her mind, she was not finished. LeighAnn came back to WGU to earn her master’s degree in nursing, all while juggling life as a mother and a full-time diabetes educator. She credits her mentors for her success in her programs.

Sparrkyl Butler spent nearly 20 years trying to finish her degree; however, something always seemed to set her back or get in the way of accomplishing her goal. Between three hospitalizations, raising five children and losing one of them, and divorce, she wanted to quit. 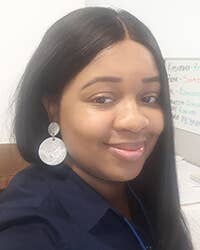 Instead, she used this as motivation and wanted her children to watch their mother succeed. With a little help and a lot of perseverance, Sparrkyl finally completed her bachelor’s degree despite all the obstacles laid in front of her, and she is now working as Team Lead for Financial Clearance Analysts at Steward Health Care.

Miranda Joseph always dreamed of earning her bachelor’s degree and becoming a teacher. Caribbean-born and raised, opportunities in the islands were scarce, and she was miserable at community college. 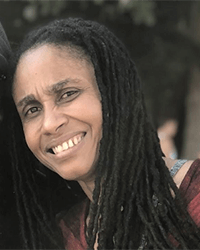 So, 20 years ago, Miranda decided to leave her home and family behind to come to the United States and chase her dream.

After teaching as a Montessori school teacher, Miranda decided to finally try school again. But even more obstacles got in the way as she began her WGU journey. Throughout her program, Miranda’s home was threatened with foreclosure, and her husband suffered three stokes before ultimately passing away just a few weeks ago. Despite all the heartbreak she endured, she pushed on to make her dream come true and earn her bachelor’s degree, and is proud to be sharing her story in honor of her husband. Today, Miranda is working as an elementary school teacher in North Carolina.

Vincent Lawyer’s singing career began with his church choir and at a local community theater. He later joined the Army, where he spent nearly 20 years in the band program, travelling to play in places such as Nome, Alaska, and Uzbekistan.

Vincent wanted to be a teacher after he retired from the Army but knew that a traditional school would not be able to accommodate his busy military schedule, so he decided to enroll at WGU. Vincent currently lives in Columbus, Georgia, with his wife and their three children. 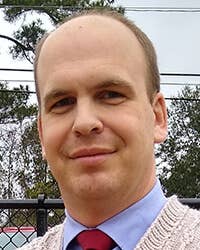