View the entire summer virtual ceremony on YouTube or check out specific sections of the commencement via the links provided below. We encourage you to leave comments and view comments from others!

View summer commencement program
See who is celebrating our grads

Natalie Williams’ love of sports and drive to succeed have opened doors of opportunity, not only for herself, but for the young people she mentors as well.

After spending her high school career competing in basketball, volleyball, softball, and track at Taylorsville High School in Utah, Natalie played volleyball and basketball for UCLA where she helped the team win multiple titles. She then played basketball professionally for nine years in the American Basketball League (ABL) and the Women’s National Basketball Association (WNBA).

Natalie was named to the USA Women’s National Basketball Team in 1998. Together they won three gold medals—two at the 1998 and 2002 World Championships, and an Olympic Gold Medal at the 2000 Summer Olympics in Sydney, Australia. In 2016, she was inducted into the Women’s Basketball Hall of Fame.

As a high school and club team coach, Natalie has taken her passion for sports and used it to train and encourage young athletes to reach their full potential, sharing not only her stellar basketball skills but important life lessons as well. She believes it is her life’s work to give back to the community and share the knowledge she has gained from her incredible life experiences. 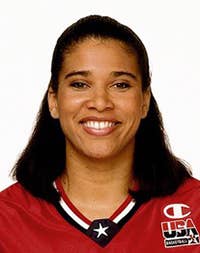 Aileen Richards is a volunteer firefighter and EMT. Over the years, she’s seen and endured a lot, but after tending to an accident involving teens at the school where she worked, she began to develop post-traumatic stress disorder and secondary trauma. 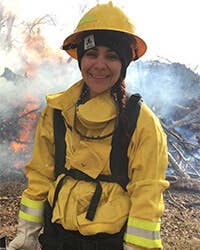 As her anxiety levels rose and she began finding little joy in the things that previously brought light to her life, she coped by diving into her studies at WGU. It was during demonstration teaching with a class of 3rd graders that Aileen began to feel that forgotten light. Now, with her WGU degree in hand, Aileen will continue on the path that brought back that light; she will be a 5th grade teacher this fall.

Armando Martinez learned the value of hard work and dedication early in life. Born in a small California town, Armando grew up watching his immigrant parents spend long hours harvesting fruit for low wages, and even joined them in the fields at 8 years old. 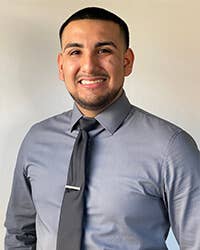 Wanting better for their son, Armando’s parents encouraged him to pursue an education and find a job that would provide stability and comfort. But in order to get a degree, Armando knew he needed an option that would allow him to work full time while studying.

WGU was perfect for him. With his parents’ work ethic, he accelerated through his program while earning industry certifications and has now been promoted to Lead Technology Specialist at his company.

Ashley Ferguson is no stranger to performance. As a child, she competed in beauty pageants and participated in musical theater. From then on, she has been singing in front of an audience.

Today, Ashley manages the business side of her family’s video game company. In between jobs, she decided that she wanted to pursue a master’s degree. Her husband, who had looked into WGU for himself, suggested she enroll. Since then, Ashley’s been able to apply the knowledge she obtained from her degree program to her role in the family company. 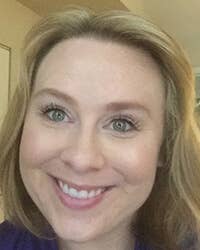