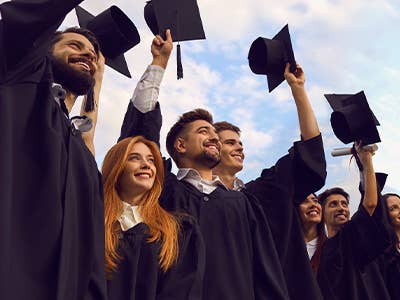 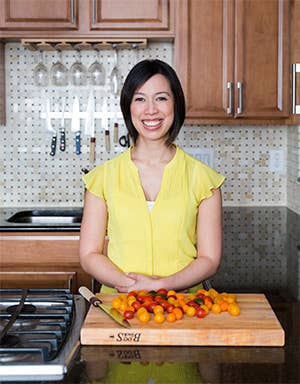 Christine Ha is the first-ever blind contestant and season 3 winner of the competitive amateur cooking television show MasterChef with Gordon Ramsay. She defeated more than 30,000 home cooks across America to secure the coveted MasterChef title, a $250,000 cash prize, and a cookbook deal.

Christine holds a Master of Fine Arts from the nationally acclaimed Creative Writing Program at University of Houston, where she served as Fiction Editor for Gulf Coast literary journal, and a Bachelor of Business Administration from The University of Texas at Austin. She is currently working on her memoir and second cookbook.

Recipes From My Home Kitchen: Asian and American Comfort Food, Christine’s first cookbook, was a New York Times best-seller. She has been featured on NPR, the BBC, and CNN International, and travels around the globe to give keynote addresses and TEDx talks. Christine has also served as a culinary envoy overseas for the American Embassy as part of cultural diplomacy programs in Jordan, Serbia, Bosnia/Herzegovina, and Croatia. She was a co-host on the Canadian cooking show Four Senses and a judge on MasterChef Vietnam.

In 2014 Christine received the Helen Keller Personal Achievement Award from the American Foundation for the Blind, a recognition formerly bestowed upon Ray Charles, Patty Duke, and Stevie Wonder among others. Christine’s first restaurant in Houston, The Blind Goat, was named a semi- finalist for 2019 Best New Restaurant in America by the James Beard Foundation. Her second restaurant, Xin Chào, opened in September 2020.

Recognized as an authority on retail innovation and technologies, Scott Emmons is known for his visionary outlook on the future of retail, and his wealth of knowledge and research in omni-channel software and technology. 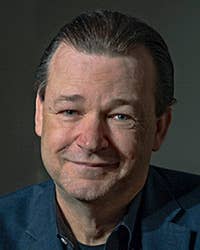 During his 16-year tenure at Neiman Marcus, he founded and built their award-winning Innovation Lab (iLab). The iLab became the catalyst to elevate technology innovation to a core value at Neiman Marcus and lifted the brand to being acknowledged as a leader in retail innovation.

Scott also spent time as the CTO of the Current Global, an internationally recognized innovation consulting group. At both companies, he combined creativity with his extensive background in information technology to produce immersive retail experiences, both online and off.

Scott earned his B.S. Business Administration - IT Management from WGU in 2021. When he isn’t developing innovative technologies or giving keynote speeches at international conferences, Scott loves to travel the world with his wife.

Antonesha Lewis is a pediatric registered nurse and as such, enjoys wearing “personal pajamas” and poking people with sharp objects. An advocate for healthy families and higher education, Antonesha earned her B.S. Nursing from Western Governors University in 2021. 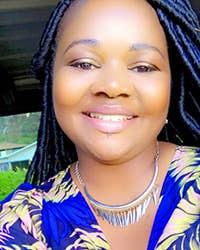 Born in Savannah, Georgia, Antonesha was raised in Arcadia, Florida, until the age of nine, when her family moved to Oklahoma City, where she still resides today. When asked to describe herself, Antonesha is quick to respond “I am Caionna’s mother.”

Her favorite quote is from Nipsey Hussle: “ The highest human act is to inspire.” Antonesha says if she has inspired just one person, her purpose has been served.

Registered nurse Rhoda Chism works as a corporate manager of clinical documentation audit and education for a national healthcare system.

Rhoda holds a bachelor’s degree in nursing and earned her master’s degree in Health Leadership in May of last year. 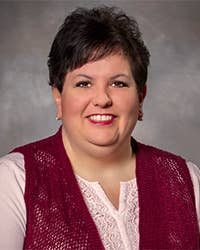 A passionate educator, Rhoda is known for her descriptive storytelling. She credits her teaching success to her round face and southern accent, along with a solid understanding of subject material.

Rhoda calls Kentucky home and has been married to JD for 32 years. They have two children, Lauren and Trent. A voracious reader, Rhoda enjoys reading sci-fi. She roots for the Kentucky Wildcats and loves a good bonfire.

Melanie Kerr
The Dalles, OR
Master of Business Administration

Serving as director of human resources at Custom Interface, Inc. Melanie Kerr is a dedicated leader known for delivering results. She is recognized as resourceful and employee-focused with a keen interest in guiding individuals and teams to success by encouraging achievement of goals aligned with company objectives. 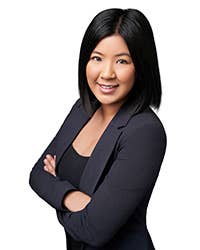 Hailing from The Dalles, Oregon, Melanie loves learning about human behavior, psychology, the reasoning behind thoughts, processes, actions, and how it affects all aspects of a business. In her spare time, Melanie loves spending time with her family, husband and three pugs.

Jenelle English is a third grade teacher with a background in musical theater and looks for any reason to include music and performance in her classroom daily. According to friends and family, Jenelle was performing as soon as she figured out there was an audience. She also sings and plays piano for her church worship team.

The first in her immediate family to earn a college degree, Jenelle serves as the president of a non-profit organization that brings music and educational programs to the Las Vegas area. She completed her M.S. Curriculum and Instruction from Western Governors University in 2020.

Jenelle lives in Henderson, Nevada, with her husband Jeremy and two of their five children and family pets. 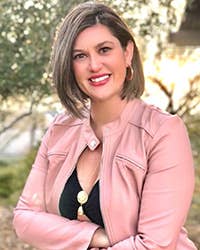