View the entire winter virtual ceremony on YouTube or check out specific sections of the commencement via the links provided below. We encourage you to leave comments and view comments from others!

See who sent their congratulations to our first 2021 graduates! 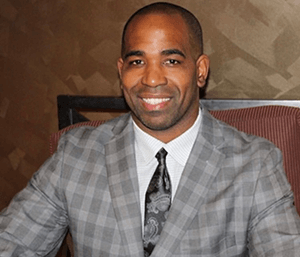 Growing up in a single-parent home with a father who inspired perseverance and fairness, Marques Ogden learned how to define his values and set goals. Ogden attended Howard University from 1998-2002 where he played Division I football. In 2003, Ogden was drafted into the NFL as an offensive lineman. He played with the Titans, Bills, Ravens, and Jaguars. After five years of playing in league, he decided to retire and pursue a career in construction and contracting.

At the age 27, Marques founded a construction company called Kayden Premier Enterprises. The company had fast growth and in 2010, Marques won the African American Subcontractor of the Year Award in the state of Maryland. Eventually his business went bankrupt, losing almost $2M dollars on one project in a matter of 90 days.

During his darkest hours, he pulled himself together, got a part-time job as a custodian, and with hard work and determination, became an inspirational keynote speaker, executive coach, best-selling author and marketing leader, helping to build the success of others. 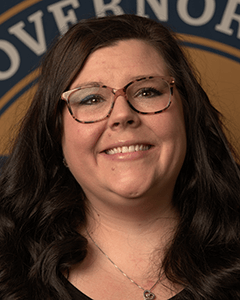 There, she served as President of the Alpha Delta Nu Nursing Honors Society.

Sarah began her healthcare career in 2001 as a state-tested nursing assistant. Now, Sarah is an operating room nurse at University Hospital, an academic, Level I Trauma center in Cleveland. She currently serves as a member of Shared Governance, a professional nursing practice model, and is the safety coach for the perioperative department. Sarah is a Certified Perioperative Nurse (CNOR). The CNOR credential is the only accredited certification for perioperative registered nurses.

Sarah lives in Euclid, Ohio with her partner Dayton, children Tyler and Felicity, their two dogs Gladstone and Watson, and a betta fish named Sir Wellington Junior. Sarah enjoys cooking, traveling, and hiking with her family.

Nisreen grew up in Syria and built her life there. She earned a Master’s in Economics and progressed in her career. Nisreen worked as a researcher for the World Bank, as a tax officer for the Ministry of Finance, and as the head of the Research Department for the Central Bank of Syria. But after a war began, she decided it was time to leave Syria. 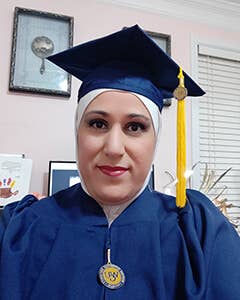 She left the country, married, and made her way to the U.S. This transitional time in her life was not easy. She struggled to find a job, but decided to use this time as an opportunity to start a new career—Nisreen enrolled into the B.S. Accounting program at WGU after witnessing her husband’s experience with WGU. He graduated from WGU’s College of Information Technology.

A week after she graduated, Nisreen was offered a position as an accounts payable team lead

In between worrying about her nephews who took the “death boats to freedom,” losing her father who she had last seen seven years ago, and leaving her family in Syria, Nisreen kept working to accomplish her dream of becoming a forensic accountant.

She knows now more than ever that, no matter what, it’s never too late to change your life.

Tyler always enjoyed singing as a child but never believed it when his mother told him how good he was. In junior high school, he was also told by other kids that he was a good singer, and that’s when he decided to join the school choir. Tyler has been singing ever since.

In 2013, Tyler earned a bachelor’s degree in Communications from Brigham Young University. In between his studies, he also sang in BYU choirs and won first place in two different university singing competitions—once as a soloist and the other as part of a quartet.

A year and a half ago, Tyler discovered WGU. He completed the MBA program in one year and gives credit to his wife and his program mentor, saying they were instrumental in keeping him on track and encouraging him to meet his goal.

Now, Tyler stays busy with his three-year-old son and a career as a project manager. He has previously sung the national anthem at college basketball and baseball games, as well as other events. One of his favorite memories is winning first place in “BYU’s Got Talent” contest. Tyler enjoyed preparing for the performance and describes winning as the icing on the cake. 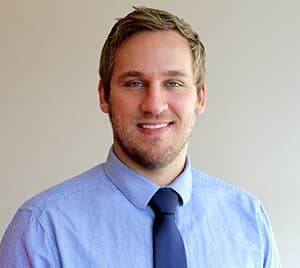