Across the country and around the globe, businesses and governments are scrambling to keep pace with ever-evolving cybersecurity threats. The biggest challenge they face is hiring and retaining cybersecurity employees, as reported in a recent joint case study by WGU and LinkedIn.

Tennessee is in the same position, and may have even more cybersecurity workforce needs in the coming years due to growth, infrastructure commitments and local industries. 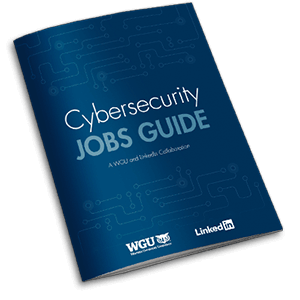 According to a recent report by Cisco, nearly half of transportation security professionals have already dealt with public scrutiny due to a data breach. More than a third of them said they see thousands of daily threat alerts, but they lack the resources to investigate most cases.

In 2017, Tennessee increased its gas tax to help raise revenue for much-needed road and infrastructure projects, and other municipalities, such as Nashville, are moving closer to undertaking transit projects that could include light rail, bus rapid transit and real-time adaptive traffic lights – all of which rely on cyber networks to function efficiently and safely. 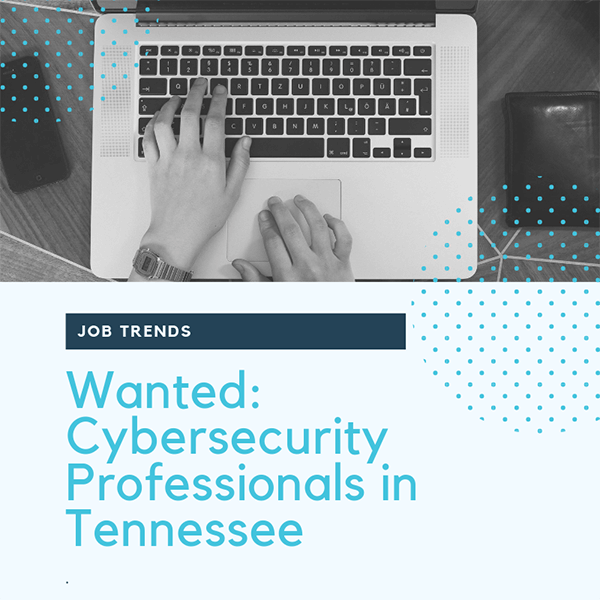 The investments in transit and infrastructure will drive the need for more cybersecurity professionals in the private and public sectors in Tennessee, giving qualified tech job seekers more leverage in the coming years.

Joe Kirk, CIO for the Tennessee Department of Transportation (TDOT), recognizes the challenges of urbanization, population growth and autonomous vehicles. When listing the top cybersecurity-related challenges TDOT is facing, he said that “having a workforce with the right skills for managing modern networks” is key.

Cybersecurity is a critical issue for governments. Although state and local governments’ networks are increasingly under attack by hackers and cybercriminals, they have struggled to hire enough cybersecurity professionals to keep pace with the threats.

Fortunately, many state and local governments have recognized the disparity and are taking action by offering veterans free cybersecurity training and paid internships. Other states have begun offering special scholarships to in-state cybersecurity students who pledge to work for a state agency after graduating for as many years as they took advantage of the scholarship.

In Tennessee, a partnership between Oak Ridge National Laboratory and Chattanooga utility EPB seeks to modernize our nation’s power grid and defend it from cyberattacks. The joint project, known as “DarkNet,” could be a boon for civilian and military cybersecurity professionals alike.

U.S. Rep. Chuck Fleischmann, of Tennessee, has a goal of a Department of Energy standalone building eventually opening in Chattanooga to grow the partnership and focus on energy independence.

“Former military and law enforcement personnel are ideal for cybersecurity jobs because the mission is similar – protect the organization and stakeholders, and keep the organization operating efficiently,” says Louis Degel, an 11-year U.S. Army veteran and systems design specialist at Greenwich Transportation Underwriters, a managing general insurance agency. Degel earned a master’s degree in cybersecurity and information assurance at WGU Tennessee. “Having a proactive approach, a respect for preventive maintenance and backup plans – all hallmarks of the military – is essential in cybersecurity roles."

Gone are the days of the notion that only large companies and governments need to invest in cybersecurity.

In the past couple years, the Tennessee GOP, a rural hospital in West Tennessee, a Middle Tennessee county’s 911 system and a gubernatorial candidate’s campaign have been hacked, and the Tennessee Valley Authority (TVA) made cybersecurity an even bigger priority after a revelation that Russian hacking software was found on a laptop belonging to a Vermont utility.

Cybersecurity threats are increasingly happening in our “back yard,” and small and medium-size organizations should take note, according to findings reported in a 2018 case study by WGU and LinkedIn: