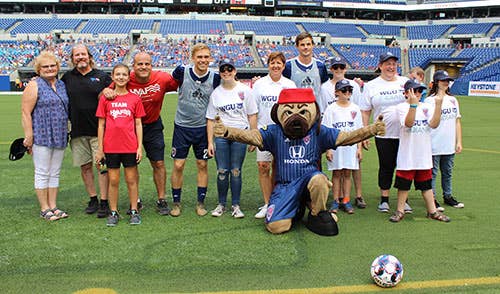 “WGU Indiana cares about our military community and appreciates the sacrifices military families make for the good of our state and the nation. We were excited to partner with Indy Eleven on this fundraiser that directly benefits the WGU Military Appreciation Scholarship Fund,” said Barber.

“I needed a university that offered the flexibility to work with my busy travel and playing schedule,” said Justin Braun, Indy Eleven forward and WGU alumnus. “WGU’s online program enabled me to complete my degree while playing professional soccer.”

WGU has been named one of the “Top Military-Friendly colleges and Universities” for 10 consecutive years by Military Advanced Education and Transition Magazine and has demonstrated a strong commitment to helping servicemen and women apply their knowledge and life experiences toward a high-quality degree for in IT, business, healthcare and education.