Mary discusses the need for nurses, especially in rural Indiana, and how nurses are dealing with the pandemic. 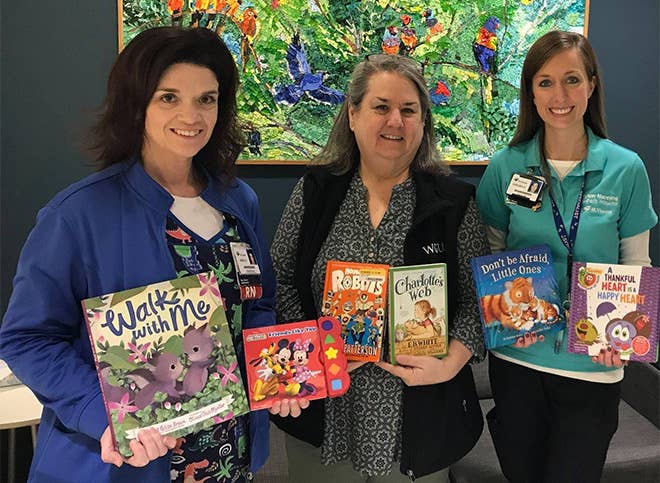 After nearly four decades in the field, Mary Carney has given up her vital work as a night shift nurse to devote herself to educating the next generation of nurses. Since March 2017, Mary Carney has served as WGU’s State Director of Prelicensure Nursing. She helped start WGU Indiana’s Night Shift Nurses Campaign and has been a tireless advocate for WGU’s nursing programs across the country.

Meet Mary and learn how a nursing program works at an online university, the need for nurses—especially in the rural areas of Indiana—and how nurses are dealing with the COVID-19 pandemic.

What is your role at Western Governors University?
I am the director of prelicensure nursing at WGU. This means I am an operational and academic manager of WGU’s prelicensure nursing program that is available in five states across the country, Indiana being one of them. I represent the university through the Board of Nursing and our accreditors. I also do a lot of supervision and oversee all members of faculty in Indiana that work face-to-face with WGU Indiana students.

How does prelicensure nursing ONLINE work?
Unlike other WGU Indiana degrees, the only section of the prelicensure nursing degree that is taught online is the class portion. This works just as a normal WGU degree, where students have an instructor and mentor and complete their online modules. The clinical portion of the nursing degree is done in person. Students work one-on-one with a presector taking care of real patients at a hospital. WGU Indiana partners with hospitals across the state including Elkhart General Hospital, Community Health Network, Good Samaritan, Deaconess Midtown Hospital in Evansville, and more. In addition to courses and clinicals, nursing students must complete labs and simulations. For this portion of the degree, WGU Indiana rents lab spaces in community colleges and hospitals in Indiana, and uses their sim labs on the weekend to teach students.

What makes WGU Indiana students unique?
WGU Indiana’s demographic is different from most nursing programs in that most of our students are older. We have a large number of second-degree students, and many licensed practical nurses (LPN) wanting to advance their nursing career with a BSN. Many of our nursing students are in their mid-thirties and raising a family, and many other nursing schools are not equipped to accommodate the average adult's schedule. Because of the way WGU is structured, it is the perfect model for our demographic.

Ten years ago, I worked night shifts as a nurse, so I can give testament that an online education was my only option to earn a bachelor's degree given my schedule.

WGU heavily targets rural communities for potential new students, as far as nursing education. Why is that?
Rural communities are underserved by higher education, specifically nursing education. WGU provides a way for people in rural areas who are interested in nursing school but already have rural roots, to stay in their community while attending nursing school. WGU Indiana provides an upskilled workforce in rural areas because people aren’t forced to leave for their education. We are able to not only serve students in rural areas, but also serve their communities by providing more trained healthcare providers in their backyard.

How does being a nurse prepare you for situations such as the COVID-19 pandemic?
Nurses are accustomed to dealing with the unknown and unplanned and to make due with what we have. We will figure out how to make this work because nursing environments are constantly changing, as is patient health, with new patients coming in and healed patients leaving. We are able to think on the fly in times of need.