If you end up adopting these terms, it’s likely you’ll give off all the professional vibes of someone who is an IT expert. 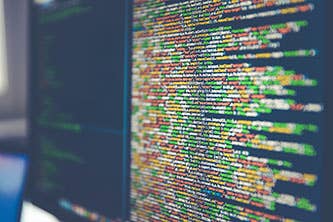 If you’re interested in pursuing a career in IT, you likely have a firm foundational understanding of the terms and skills required. But just in case, WGU Nevada is going to provide a list of some important terms and industry jargon you may hear while working toward your degree, or even on the job.

If you end up adopting these terms, it’s likely you’ll give off all the professional vibes of someone who is an IT expert. If you are not in IT, these terms can still be useful as a member of society in a largely digital age.

Bandwidth is the amount of data that can be transmitted or moved over a network. Higher the bandwidth, the more data you can transmit. When discussing how bandwidth is defined, you will be looking at bits per second (bps) and a typical network has speeds of millions of bits per second. Talk about speed!

The full term, not the acronym, is Virtual Private Networking. It means a way to securely send and receive data many networks in such a way that feels like the devices are right next to each other. The safety aspect is the most important feature of a VPN, as it makes it easier for you to be on the internet without worrying about someone finding and tracking down your data.

Think of what a patch is in real life, and you are close to your answer! It is a piece of software designed to update a computer program, in other words—fixing or improving it. Patches can also be used to fix security errors that may be present in certain software. In fact, patches are also popular among video game companies who publish an online video game, find an issue, and without having to reclaim the purchased game, can send a patch to fix the problem.

You’ve likely heard this regularly used in reference to the Apple Cloud, so you may have a relative understanding of what it is. The Cloud is a way to save data somewhere that is not on your computer or device and is referred to as the software and services that run on the Internet instead of your computer. In other words, you can access this wherever you are, on any device. Some common cloud services include Dropbox, Flickr, Google Drive, Microsoft Office 365.

What do you think, do you feel like a real techie? Want more technical terms that are not listed here? Let us know and we can make this a reoccurring blog!