Reflections on life lessons and transitioning from the military

Ben Coulter, Ed.D., joined Western Governors University in April 2021 as Chancellor of WGU North Carolina and Director of WGU’s Southeast Region. In part one of this two-part article, he shares reflections from past experiences.

Q: What was it like growing up the child of an academic and university president? 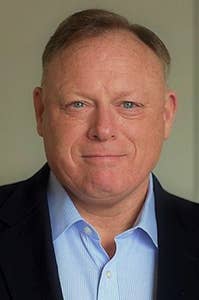 Persistence: I remember watching my dad in his study at home late at night, puffing on his pipe and editing three English textbooks by hand on yellow legal pads. To this day I’m still not sure how those hand-written notes ended up into typed copy for his books.

Acknowledgement: I recall how the country was mesmerized with the events surrounding the doomed Apollo 13 mission and my dad’s idea was to award honorary doctorates to astronauts Lovell, Haise, and Swigert when we were at Western Michigan University.

Effort: Every November, April, and July, I would see my dad at his desk with huge stacks of documents. He would carefully sign each graduate’s diploma and was very particular that it had to be done with a fountain pen.

Honor: Each weeknight leading up to commencement, I’d see my dad working in hand lotion while our family watched TV after dinner. He did this in preparation for shaking each graduate’s hand as they crossed the stage. The evenings following commencement, he switched out the lotion for bags of ice.

Civility: My father had a penchant for civility, which he somehow found a way to mention in virtually all his speeches. He modeled civility by balancing respect with constructive disagreement. I recall a time of bitter division when deciding the fate of a college within the university that had struggled for several years with significant declines in enrollment, retention, and graduation rates. Throughout all deliberation, he maintained candid, yet supportive, discourse with college faculty, despite some fierce opposition and public admonishment. By developing relationships based on sincere and demonstrated commitment, he earned a level of trust that ultimately resulted in the college not only being salvaged, but eventually becoming the largest college at the university.

Humility: Another characteristic my father was known for was his humility. Whether it was at a campus gathering, community event, or during countless receptions in our home, he would always put others before himself and was constantly seeking knowledge and perspectives from others. His nickname was “Barney” and without exception, he would always extend a gracious hand and introduce himself as “Barney Coulter.”

Q: What lessons did your father impart about the importance of education?

Education will position you at the threshold of opportunities that you likely never imagined. At its most basic level, it changes and improves lives. Education is a legacy achievement that will inspire others, and it is one of the few things that, once attained, can never be taken from you.

Q: Before your career in academia, you had a career in the U.S. Army. What challenges do veterans face as they transition from military service to civilian life?

Given stark differences between military service and civilian life, veterans can be overwhelmed when charting a career path or preparing to enter the workforce after separation. Some may have difficulty finding a good fit in a job market that’s increasingly and competitive, while others may have so many career options, they might find it difficult to determine the best path forward.

Another struggle veterans may face is reestablishing themselves in communities or work environments that may be, or at least feel like, indifferent to their service, achievements, and experiences. The adjustment of “fitting in” can be challenging.

Some civilians go out of their way to avoid interacting with veterans or fall back on the now-cliché “thank you for your service” when not knowing what else to say, in an effortless acknowledgement that may evoke more distance than closeness. I would ask everyone to consider how you phrase your next greeting to a veteran when acknowledging their service. Sharing sincere gratitude for their service and selfless commitment to our country will sound as good to them as it will feel to you.

In almost all circumstances, education can serve as the ideal transitory stop between military service and civilian life. Bridging a chasm that might otherwise look insurmountable, education offers a challenge, a pathway, and an opportunity that favors a mission-oriented mindset. Similarly, it can provide a gateway to career paths while engaging many of the characteristics that define a veteran: teamwork, integrity, leadership, tenacity, accountability, and accomplishment.

Watch for part two of this Q&A, in which Chancellor Coulter discusses his academic career and aspirations for WGU North Carolina.