On the occasion of National Epilepsy Awareness Month in November, Jamie Swann, a WGU M.S. nursing graduate and Northeast Alumni Advisory Council member, talks with Jenn Cooper, NE Regional Director of Advancement, about the scholarship she established in honor of her daughter for WGU students who live with epilepsy.

Jamie Swann and her husband, Ron, of Richmond, Va., made a very special decision to fund a scholarship to help students with epilepsy.

Jamie explained, “Ron and I both feel it’s important to give back. I probably would not have gotten my degree without scholarships and some help, and I don’t think there are enough resources for people with epilepsy.”

As director of GBD Special Programs at Anthem Health, where she oversees 300 employees, Jamie understands the needs of people with life circumstance that effect their health.

“WGU is a perfect place for a student or caretaker that has limitations that require them to control their environment in a very specific way. Maybe they can’t drive, maybe they need flexibility to go to class at specific times.”

She continued, “After being a student at WGU, I really saw the value in the competency-based model for people who have disabilities or diseases that cause them to struggle in ways that other people don’t have. And it’s incredibly affordable. 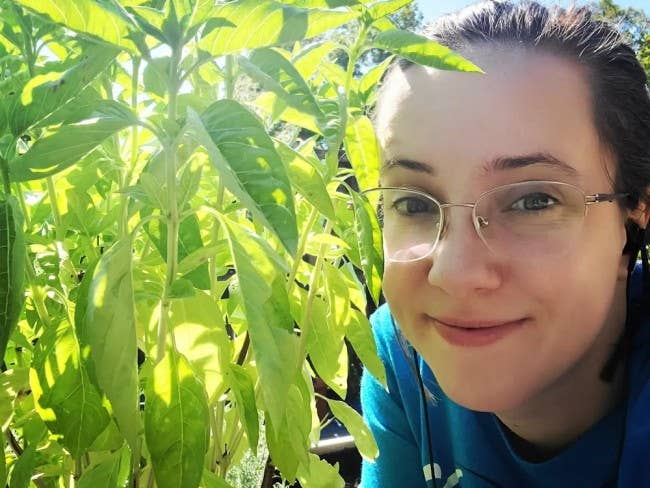 Becca had her first seizure at 13 years old in her middle school gym class. They quickly took her to a pediatric neurologist, who diagnosed her, but it was three to four years before they got her seizures under control with medication. Because Becca has photo-sensitive epilepsy, she had to be home-bound educated in high school because the fluorescent lights trigger her seizures.

Now, as an adult, Becca still has auras, which can alert her to the seizure coming on and she can then follow a process to respond, such as lying down.

Three million Americans have epilepsy, and it is the 4th most common neurological disease, with one in 26 people developing it. If it is not controlled, people are unable to drive, which can affect their employment and ability to live a normal life. 1 Million people in the United States have uncontrolled epilepsy.  Lack of sleep, women’s menstrual cycles, and stress can be a trigger.

Jamie explained, “There are a ton of different seizure disorders under the broad heading of epilepsy. Seizures can look very different for everybody, depending on what type they have, from staring into space to the more dramatic collapse and shaking seizure that we typically think of epilepsy…and anything in-between.”

In fact, people with epilepsy have higher unemployment rates, and they are often viewed to be “unfit” in a lot of careers, even when they aren’t.

“The discrimination still exists,” Jamie said. “So, it’s really important that we talk about it and understand what the impact of epilepsy is.”

To find out more about how you can support WGU students in the northeast, email Jenn or visit the WGU Advancement site. WGU employees can donate via the Intranet.