WGU “I Have a Dream” Scholarships foster dreams in higher education

When Dr. Martin Luther King Jr. delivered his “I Have a Dream” speech at the March on Washington in August 1963, no one could have predicted how those words would continue to resonate nearly 60 years later. Yet today, millions of people have embraced King’s message of equality for Black Americans and all those facing racial and economic challenges.

For Ryan Vick of Spokane, his dream of opportunity was an unselfish one, directed toward helping young people see the prospects that lie before them. 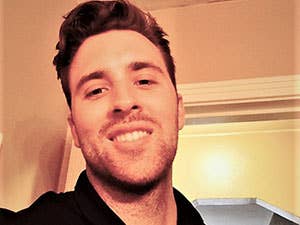 Some would say that Vick had already found a successful path. A first-generation college student, he graduated from Gonzaga University and embarked on a career as a physical therapist.

During his five years as a physical therapist, however, he noticed that as he worked with children, he was drawn to doing more for kids. “I realized I wanted to get into teaching children directly,” he explained.

In March 2021, he entered Western Governors University (WGU)’s Teachers College to pursue a master’s degree in elementary education. Today, he said, “I hope to start my in-class demonstration teaching soon and at some point have a classroom of my own.”

At first glance at his resume, Vick might not seem to be a natural candidate to teach. His path to graduate school wasn’t a straightforward one—but perhaps that is exactly what makes him well-suited to the profession.

“None of my close friends attended university, nor did my close family,” Vick explained. “I didn’t get financial support from my family for my education. But I always enjoyed going to school and education, and that path of finding any way that I could to continue getting my education is what drives me to be a teacher.”

Vick’s path to his undergraduate degree was a winding one. While he was in high school, his family moved from northern California to the Spokane area. His first experience in higher education was two years at a community college. He then moved to a large public university, Washington State University in Pullman, but found he needed a school with a more personal approach. He found that personal touch when he transferred for a final time to Gonzaga, a smaller institution in Spokane.

This perseverance is one reason WGU honored Vick with its I Have a Dream Scholarship. These scholarships, valued up to $4,000, assist students who have faced challenges that prevented them from advancing their careers. Credited to each student’s account at $1,000 per each six-month term, the awards honor the courage to dream, the resilience to try again and the commitment to change one’s legacy for the better.

In Vick’s case, he said, “Most of the difficulties I’ve faced have centered around being one of the only individuals in my social circle pursuing higher education. It’s difficult when you’re pursuing that sort of thing, on different roads from those you know.”

After being a trailblazer among his friends and family, Vick understands the importance of community. So, when he considered changing careers to become a teacher, he contacted other teachers and heard good things about Western Governors University.

“After checking out some local master’s programs at brick-and-mortar universities, I realized that not only did WGU have good affordability, but they really seemed interested in helping me attend and get that degree. The support they are willing to give you on all different levels, from coursework to being assigned a mentor to even the IT services and things like that, is really good. WGU is a strong university—just as good as any university out there, if not better.”

Today, Vick continues to work full-time as a physical therapist while pursuing his master’s degree in teaching. He’s also a busy dad of two young children, ages 2 and 6, an experience that will serve him well in his chosen specialization of elementary education and teaching kids in grades one through five.

More than 60 students received “I Have a Dream” scholarships from Western Governors University in 2021. For more information about this scholarship and others, go to www.wgu.edu.

Learn more about World Teachers’ Day and how you can celebrate, honoring teachers who are making a difference.