The university has seen several accomplishments and milestones throughout the year, but as always, the biggest accomplishment of all has been the number of graduates that have joined our alumni community, along with those of you who are working hard to finish up your degree programs to begin a new career or open up new opportunities in your current fields. 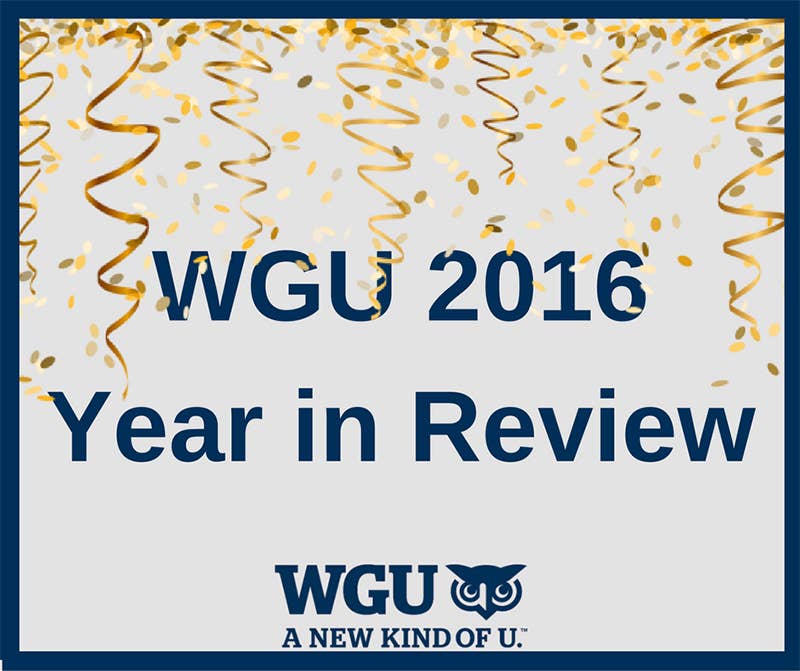 We love to hear your stories and share them wherever and whenever possible, and that will always be a priority. We would also like to take a quick look back on the top stories and news of the year for the university as a whole.

2 – No tuition increase for the 8th year in a row!

3 – WGU was named a “Best Value School” for the third consecutive year.

5 – WGU made recommendations for responsible borrowing as part of our responsible borrowing initiative, and our students responded. These efforts were recognized and WGU received a WOW award in Minneapolis, and an Exemplary Model Award at the American Associate of University Administrators annual conference in Texas.

7 – The WGU Library expanded its collection for students to include several popular and scholarly magazines, such as The Atlantic, Forbes, and Fast Company.

8 – WGU was named a top school by Military Advanced Education for the 9th Consecutive Year.

10 – WGU continues to be recognized by national media.

We wish you the best of luck in your 2017 endeavors and hope that you know that we are here to support you 100% throughout your academic journey, and beyond! Your success is our success, and we look forward to celebrating all year long.