I’m a non-traditional student. What does that mean?

It can mean a lot of different things for different people. Our paths are all unique. For me, it means I’m someone who started my adult life early. At age 19, I married and that meant finding and taking a job to support my new family.

For many years, I doubted myself and worked at whatever means necessary to support my family. 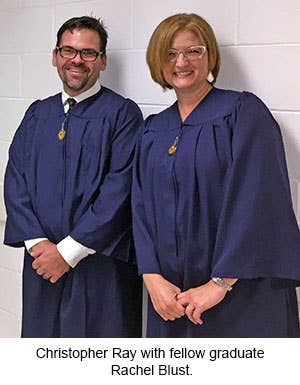 That non-traditional path to my degree and career had plenty of turns and curves. In the late 1980s, I dropped out of high school after my mother died from breast cancer. By age 37, I was a laid-off truck driver, without a high school diploma.

Being non-traditional isn’t about being a sob story or having regrets. These are the facts of my life. After being laid-off, I made the decision to return to school. I always intended on being in the medical field. Even as a child I wanted to be a doctor, but life doesn't always go the way you wanted or planned.

I also knew I needed a high school diploma to move forward. I took the GED test without studying and passed with flying colors as one of the top students graduating at the time. That definitely provided motivation for the next step. And each step I took and succeeded moved me closer and closer to what I was trying to accomplish.

I earned my Associates in nursing, but after seeing an ad for WGU Texas, I did some research, enrolled and completed my bachelor’s. My WGU capstone project on roles and values was implemented in my department, and I was recently promoted to ER charge nurse in a level 1 designated trauma hospital in Dallas.

Along the way, I learned many things about myself and this journey:

One, no one owes you anything.

Two, no one is any better than you.

And, three, you are in charge of your life.

We all face challenges. You can make a choice to better yourself.

WGU Texas afforded me the opportunity to take my education to the next level. You can, too.

Christopher Ray earned his Bachelor of Science in Nursing from WGU Texas and was a featured speaker at the university’s commencement ceremony in Sept. 2017.