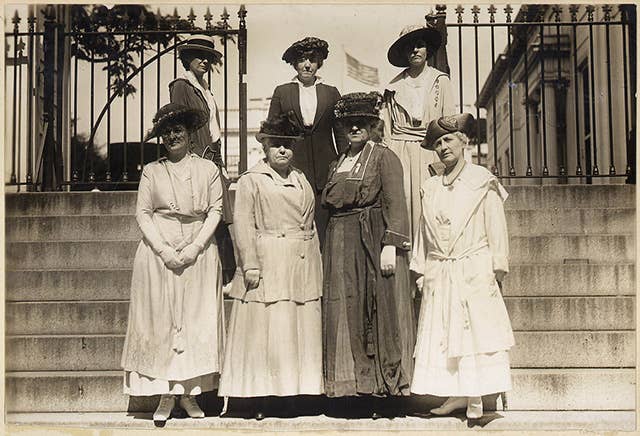 March is Women’s History Month, and WGU is offering a series of free online discussions, open to students, alumni, faculty, staff, and the public and featuring some of WGU’s course mentors.

The schedule is below. Plan to join us for any or all of these sessions; mark your calendar and use the following information to log in for the live sessions:

Late-19th-century philosophical thought in America was increasingly shaped by the idealisms of Kant and Hegel, and many American women philosophers were deeply informed by these German philosophers. Join Dr. Tim McCune from General Education to talk about some of the women associated with several prominent philosophical societies and “schools” of the time, including the St. Louis Hegelians and the Concord School of Philosophy. While it was an almost unprecedented opportunity for women to study, discuss, and publish philosophical works, German idealism spoke little to these women as women. However, it greatly influenced their views concerning women’s rights, religion, history, and pedagogy, and left an indelible mark on American education. Dr. Katherine Douglas and Dr. Sharla Chittick will then highlight examples of female philosophers around the world who have not received the historical attention of their male counterparts.

Women’s history comprises the significant roles that women have played in society and culture, but it also includes how women have represented themselves and have been represented in literature, media, and scholarship and seeks to understand how ideas and institutions are gendered as masculine and feminine. This interdisciplinary panel considers how discourses of women and gender have functioned in cultural, economic, and political spaces by examining the history of Women’s History Month, women in medical and marketing discourses, and the gendering of political space in times of conflict and peace.

This discussion will explore questions about the representation of gender in children’s literature and society: How can the forgotten histories of early children’s literature written by women help us to contextualize current literature? How can third-wave feminist theory help us as contemporary readers and citizens? What do trends in contemporary children’s book awards tell us about women’s and girls’ value in society? How can we weave these historical and theoretical views together to create a more inclusive set of reading and teaching practices? Join Dr. Colleen Halverson and Dr. Kim Cohen from the WGU Teachers College and Dr. Susanne Goethals from General Education for this dynamic discussion of feminist approaches to children’s literature and society, including these topics, connections to the classroom, and opportunities for discussion.