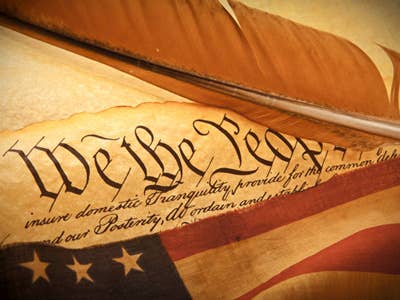 What would Madison, Jefferson, Washington, or Hamilton say about current events in government, politics, and the world? Did they comprehend or have answers to the problems we face today? Join Dr. Heidi Franco for an insightful view of America’s past political perspectives and how they apply to today’s hot topics.

Though thoroughly steeped in earlier thinkers, the most robust expression of social and political theory in the Classical American philosophical tradition comes from the work of “America’s Philosopher,” John Dewey. Join Tim McCune from General Education to discuss Dewey’s belief in the primacy of social-political philosophy and his understanding of it as the reflective criticism and evaluation of values. Dewey’s unique and imaginative reconstruction of key political concepts—such as democracy, liberalism, individualism, and freedom—illustrates his move away from “The Great Society” and toward “The Great Community.” He offers a pragmatic critique of Classical Liberalism that has radical implications for politics, including the function of the U.S. Constitution.

The framers created a Republic—an indirect democracy in which citizens elect representatives to govern on their behalf. Metaphorically speaking, Presidential elections are the Super Bowl of U.S. politics: High public interest, and high stakes for the involved parties. Join Bryan Benson, Mike Dungar, and Katherine Douglas to examine three aspects of presidential elections: Presidential elections from the perspective of the delegates to the Constitutional Convention; the evolution of the presidential primary process; and a look at the current field of Republican and Democratic candidates for the 2016 presidential nomination.

How do you write a constitution that ensures both the security and the liberty of its people when the only difference between a military that can trounce its enemies and one that is a tool of tyrants is which direction its weapons are pointed? The people of the American colonies inherited from the British a fear and loathing of standing armies because those armies had a history of becoming the tools of tyrants against their own people. This discomfort undergirded much of the constitutional debate after the American Revolution, as they had to wrestle with the dilemma of how to create a system that allowed for a solid defense of the new nation, but one that could not oppress its people. Their attempts to solve this riddle shaped the entire constitutional process and ultimately resulted in a uniquely decentralized military with roughly equal odds of success or disaster for the young nation. Please join us for a discussion of the ideas that influenced the American concept of the “citizen soldier” and how the early United States tried to balance martial force and political power.

In his book Discipline and Punish, French philosopher Michel Foucault outlines the way in which state power has inflicted punishment throughout Western European history. Foucault details the conceptual transformations that punishment has undergone. He makes interesting connections to the way in which power works and how it has been directed towards individuals. This presentation will apply some of Foucault’s ideas to the history of the 8th Amendment. Have we undergone a conceptual transformation of “cruel and unusual” here in the United States? If so…how? What does the death penalty (and punishment in general) tell us about state power here in the U.S.?