Dominic Kanaventi has a unique story. But while the details of his journey may not paint a familiar scenario to most, his determination and positivity are certainly a common thread his story shares with those of many WGU alumni.

In his native country of Zimbabwe, Dominic was a renowned stage and film actor until the autocratic regime decided to strip him of his citizenship and render him stateless in 2001. In a self-imposed exile, Dominic emigrated to the United States in April 2002. He has one major goal: earn a degree to better his family in this new world of opportunity. Different country, different rules… 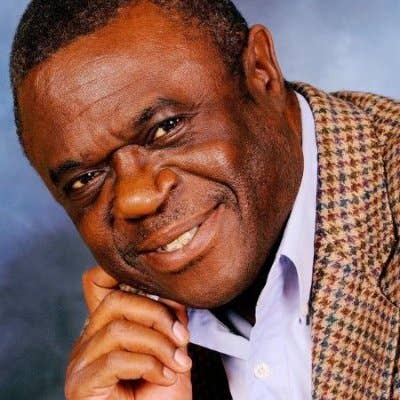 With the goal of education at the forefront, Dominic was quick to accept an offer to enroll in a college, and even take on student loans, unaware that it was not accredited and his degree wouldn’t be what he envisioned. Two-and-a-half years later, with $8,000 of school debt in tow, he decided to try a different path. As he had declined refugee status, his next option was to do things on his own.

First, Dominic became a car salesman. After a few hops, a skip, and a jump, he then landed in furniture sales. His perspective on this path? “I believe I had now earned valuable experience on the retail sector in corporate America. How better to learn about or get to understand a new culture than to sell cars and furniture to the people?” Dominic improved his options once he found WGU and began working toward a degree.

Beginning in July of 2009, during which year he also became a U.S. citizen, Dominic worked days and studied nights, finally completing his B.S. in Marketing Management in December of 2014. This degree opened the door to the leadership level of business, where Dominic has gone on to be the CEO of ItnEvanak Consultancy Services, a marketing firm specializing in online brand growth and reputation. That’s more than a hop or a skip from selling cars and furniture.