And, in case this statistic is seen as an improvement over past years, it’s not. The gender gap in computing is getting worse. In 1995, 37% of computer scientists were women. Today, it’s only 24%. If we do nothing, in ten years the number of women in computing will decrease to just 22%.

Over the years, Western Governors University (WGU) has worked to help combat these disturbing trends by educating and eventually graduating over 1,500 women in the online university’s College of Information Technology. But, clearly, more works needs to be done and more women need the opportunity to pursue their interest in IT. 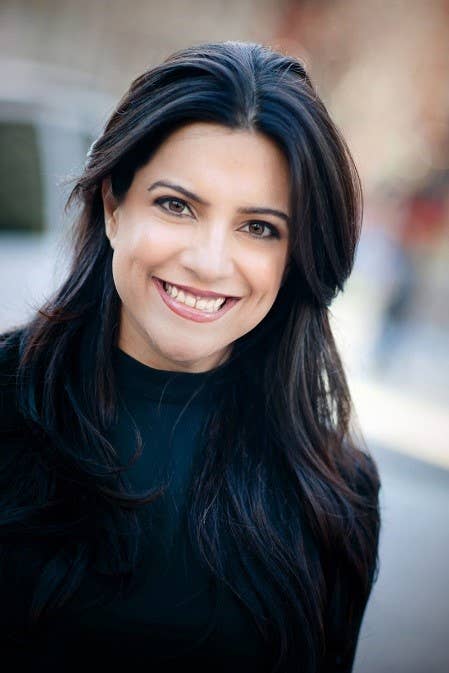 As a way to further inform the public of WGU’s industry recognized and accredited IT programs, and in an effort to continue the conversation surrounding women in IT and leadership, WGU has invited Reshma Saujani to speak at the next Sage Talks lecture, on Thursday, February 22, at 7:00 p.m. MST.

During her Sage Talk, Saujani will recount her personal narrative and lessons learned in a compelling way while also weaving in stories of other accomplished women who have overcome roadblocks and forged new paths—women who have similarly learned to live an authentic life by taking risks and choosing to seek failure rather than fear it.

Saujani is the founder and CEO of Girls Who Code, a national non-profit organization working to close the gender gap in technology and prepare young women for jobs of the future. In 2010, she surged onto the political scene as the first Indian American woman to run for U.S. Congress. During the race she visited local schools and saw the gender gap in computing classes firsthand, which inspired her to start Girls Who Code in 2012. The organization has grown to reach 40,000 girls, running 80 Summer Immersion Programs and 1,500 Clubs across the US.

Saujani worked for years as an attorney and is a graduate of the University of Illinois, Harvard’s Kennedy School of Government, and Yale Law School. She was recently named to CNBC’s Next List; Crain’s 40 Under 40; Fortune’s 40 Under 40; Forbes’ Most Powerful Women Changing the World; Fast Company’s 100 Most Creative People; Ad Age’s Creativity 50; and Business Insider’s 50 Women Who Are Changing the World.

The lecture, titled “How to Fail First, Fail Hard, and Fail Fast,” will take place at the Salt Lake City Library and will be streamed online. The event is free and open to the public, who are requested to RSVP at https://www.wgu.edu/sage-talks/how-fail-first-fail-hard-and-fail-fast. 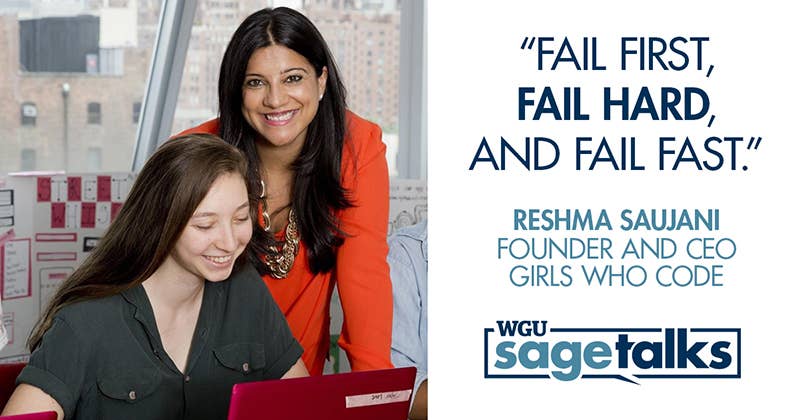