The most important word in artificial intelligence.

Organizations like Western Governors University provide the opportunity for anyone to join the AI field and graduate with demonstrated competency.

By Justin B. Dickerson, Ph.D., MBA

Justin Dickerson is the Academic Program Director for Computer and Data Science at Western Governors University, a leader in nonprofit online competency-based education.

NVIDIA is an innovative company. The potential to develop mainstream applications using NVIDIA Graphics Processing Units is exciting for any technology futurist. In the recent past, the stock market rewarded such potential.

However, as Seeking Alpha recently described, NVIDIA’s deteriorating stock price over the past few months (down more than 50%) is indicative of weakening demand for its product in the critical data center and gaming industries.

How could stock prognosticators fixate on these industries when NVIDIA’s technology has so much potential in burgeoning new markets and industries? 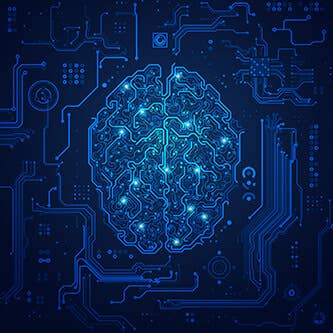 To me, the answer is simple. Companies like NVIDIA represent the future state of Artificial Intelligence, not the current state of AI. The reason for that divide is simple – the most important word in AI technology is: “democratization.”

GPUs are expensive, especially compared to their mainstream counterpart, the Central Processing Unit. GPUs are not mainstream, whereas the CPU is found in nearly every computer on the market today. But what qualifies as expensive is in the “eye of the beholder.” GPUs look expensive because the lack of mainstream utility shows limited value relative to the CPU. How did the CPU come to occupy its place in the mainstream world of technology? Quite simply, the technology was democratized.

How does AI get democratized in a way that allows for mass adoption of advanced technology such as NVIDIA GPUs? In much the same way Microsoft Windows broke down the programming barrier to democratize the use of personal computers and the CPU, AI will also require new technology to facilitate its adoption into the mainstream.

The future of NVIDIA GPUs can’t be reliant on the relatively narrow fields of data center management and high-end graphics for the gaming industry. Such AI technologies need to drive more use cases and become a pervasive part of the mainstream in the same way personal computing dominates our daily lives. As more of those use cases are discovered, either the costs of AI adoption will come down, or the justification for those higher costs will be more widely accepted.

One of the important questions about the democratization of AI is who will drive the change necessary for greater availability and adoption of AI technology? Today, that domain rests with highly-trained data scientists and like-minded programmers. These professionals are in very short supply, and as a result, there aren’t enough of them to help democratize AI to the mainstream.

The educational opportunities to increase the supply of these professionals are limited in many ways. First, traditional university computer science departments can’t meet the demand to produce these professionals. As The New York Times recently reported, many universities can’t even maintain enough faculty members to effectively educate students. And there is also the issue of onerous pre-requisite requirements that limit who is eligible to join a traditional computer science program in the first place.

As a result of these issues and the costs of traditional higher education, many individuals turn to “bootcamps” for their training. However, these organizations can also be very expensive and lack the mainstream recognition afforded to institutions of higher learning. Students can also turn to low-cost or free Massive Open Online Courses. While these opportunities are built to address the problem of democratizing AI, there is concern about the integration of these courses into a cogent education of the next generation of AI professionals, and many of these opportunities provide no means for students to demonstrate competency of the course material. The result is a haphazard confluence of professionals trained in many different ways which might not reflect quality AI education.

To address the problem of democratizing AI and to generate more mainstream uses of AI for companies like NVIDIA, we must do two things. First, education itself must be democratized. Anyone from any background should be given the opportunity to learn how to program and fill the widening gap of professionals available to move AI forward. By democratizing education we should see a greater diversity of thought enter the AI field which should drive more use case discoveries and facilitate even faster adoption of AI.

This democratization of education needs to produce professionals who’ve obtained their training from a program that is accredited for its quality and ability to consistently produce professionals who can prove their competency in the AI field. Second, AI education needs to be integrated into the curriculum of adjacent disciplines such as Business, Information Technology, Healthcare, and others. In short, if we don’t want to stymie the growth of revolutionary AI technology, we must quickly democratize the availability of AI education to generate the demand for such technology.

Democratizing AI education won’t be easy. Organizations like Western Governors University provide the opportunity for anyone to join the AI field and graduate with demonstrated competency. By focusing on education versus administration and demonstrating competency versus measuring time sitting in a classroom, we’re able to offer industry-relevant educational credentials at an unbelievably low cost. However, there aren’t enough institutions like us in the education market. We believe our model is one of the surest ways to generate the next generation of AI professionals to democratize the technology. But it will ultimately require a shift in traditional education thinking to create enough AI professionals to in turn create enough market opportunities for companies like NVIDIA to thrive. Who is ready to democratize AI education with us?