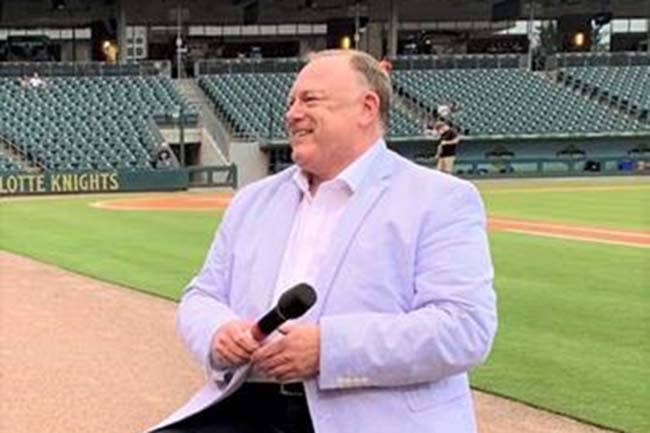 In part one of this two-part Q&A with WGU North Carolina Chancellor Ben Coulter, he discussed his upbringing and the challenges many veterans face in transitioning to the civilian workforce. We continue the conversation in Part 2.

Q: What brought you to North Carolina, was it your military service?

A: I originally came to North Carolina when assigned to Fort Bragg and the XVIII Airborne Corps as my first duty assignment after completing Officer Basic and the HAWK surface-to-air program at Fort Bliss, Texas. Years later I returned to North Carolina to attend graduate school at Western Carolina University and have lived in Western North Carolina ever since.

An educational side note regarding my time at Fort Bliss: As class leader of my officer basic cohort, I hosted an event called a “Dining In,” a formal military dinner for officers of a unit steeped in tradition and protocol. Our distinguished guest was General Omar Bradley, one of nine in U.S. history holding a five-star rank. I had the honor of sitting next to him and we talked about a variety of topics including leadership, duty, and reflections on the commands he held during World War II. He also discussed his roles as the first Chairman of the Joint Chiefs of Staff and as Secretary of the Veterans Administration. Under his direction, the newly-formed VA developed educational benefits for veterans, including the G.I. Bill.

Q: What prompted you to seek a master’s degree from Western Carolina University and a doctorate from N.C. State?

When considering my career options, I knew I had a strong calling to work in higher education. Coupled with eligibility for the G.I. Bill, my decision to attend graduate school was more than just a good option, it was a necessity. My veteran educational benefits funded both my master’s and doctoral degrees and opened the door for my career in higher education administration.
Q: WGU has a strong reputation of reaching out to underserved populations nationwide. Which underserved or marginalized groups in North Carolina do you hope to reach?

Quite frankly, all of them. However, three that come to mind that are especially underrepresented throughout all higher education are incarcerated populations, indigenous populations, and individuals living in rural areas.

Q: In addition to being Chancellor of WGU North Carolina, you have regional responsibilities as well. Tell us about those.

Western Governors University recently adopted a 7x4 regional model to better align resources and support our four academic colleges across seven geographic areas. In doing so, we recognized that demographic, cultural, and workforce/economic needs within one region don’t necessarily match needs in other parts of the U.S. We needed a new infrastructure that could help expand educational pathways within distinct regions of the country.
WGU’s Southeast Region is composed of Alabama, Florida, Georgia, Mississippi, North Carolina, South Carolina, and Tennessee. As Southeast Regional Director, I work alongside Dr. Kim Estep, WGU’s Southeast Regional Vice President and Chancellor of WGU Tennessee, in guiding the strategic direction of the region and raising our profile among prospective students, employers, state-level organizations, agencies, and governments. We do this by expanding partnerships, maximizing community impact, providing effective communications to external and internal audiences, and strengthening WGU’s position as a leading nonprofit online postsecondary educational organization across our region.

Q: How do you think WGU North Carolina can contribute to the state’s education and workforce needs?

MyFutureNC, a statewide nonprofit focused on education attainment, has reported that North Carolina needs 2 million adults with postsecondary credentials by 2030 to meet our state’s growing workforce needs. About 1.3 million North Carolinians age 25-44 do not have a postsecondary degree, and of that group, 380,000 have some college credit but no degree.

North Carolina can’t meet that 2 million goal without WGU. Our low-cost tuition, flexibility, and competency-based model are ideal for adults who don’t have the time, money, or resources to further their education at a brick-and-mortar institution while working full-time, raising a family, or doing both. Additionally, WGU will help our state’s military veterans transition into careers in the high-demand fields of information technology, healthcare, K-12 education, and business.

Q: Finally, what goals or benchmarks would you like to see WGU North Carolina reach?

An overarching goal is for WGU North Carolina to have an active enrollment of 6,000 students and 8,000 graduates by the end of 2023. An essential component for achieving this goal is securing eligibility for qualified WGU students to access North Carolina’s needs-based scholarship program.

Another objective is creating education pathways for qualified incarcerated persons in North Carolina’s justice system to earn a post-secondary degree from one of WGU’s four academic colleges, a credential through WGU’s Non-Degree Offerings, or participation in WGU Academy. This will present some unique challenges, including access to technology, connectivity, and creating conditions conducive for online learning in those settings. However, I’m convinced there is a desire and a need for incarcerated persons to access post-secondary education and unlock the opportunity to learn.