Number of cybersecurity jobs in Atlanta is rising. 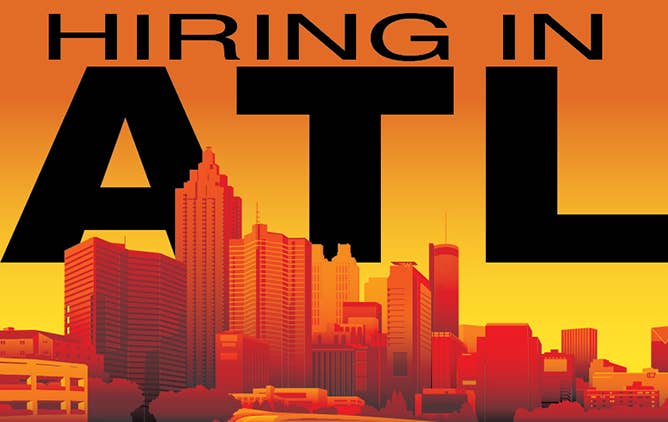 When you think of cybersecurity jobs, Atlanta doesn't come to mind, does it? But it should. Atlanta is one of the United States's fastest-growing cities. The metro region's population grew by more than 75,000 people between 2017 and 2018, the U.S. Census Bureau reports, and it's been growing at a clip of 1 to 2 percent per year for the past several years.

The city is home to one of the strongest job markets in the country. Several Fortune 500 and 1000 companies—such as Coca-Cola, Home Depot, and UPS—have headquarters in Atlanta. It's been attracting new companies, too: logistics software company Dematic announced in April 2019 that it would move its global headquarters from Grand Rapids, Michigan, to Atlanta, and Germany's Elokon opened its U.S. subsidiary in Atlanta in April 2019.

What do all of those companies have in common? They all have data they need to protect and cybersecurity jobs to fill. In fact, a quick rummage through employment search engine results will uncover a variety of cybersecurity jobs in Atlanta.

In fact, a recent joint study from WGU and LinkedIn lists Atlanta as one of the burgeoning capitals in the U.S. for these high-paying careers, which leads to the next natural question.

Cybersecurity is the practice of protecting your IT systems, networks, hardware, and software from digital attacks. These attacks often involve the theft of critical or sensitive information. For example, Healthcare Dive reports that businesses in the healthcare industry were breached 503 times in 2018, affecting nearly 15.1 million patient records.

Each of these situations underscores the critical need for cybersecurity professionals across industries to identify vulnerabilities in infrastructures and protect important personal data.

There was a time when cybersecurity jobs were considered to be exclusively part of the tech industry. But thanks to the technology that we all use in our everyday lives, every company is now a technology company.

Every company has data it needs to secure, and this is why Atlanta businesses are hiring IT professionals and cybersecurity experts en masse. According to a report by Robert Half, CIOs in Atlanta listed cybersecurity as their top job need in 2018. Specifically, the CIOs said they need to maintain security systems, protect company information and inspire customer confidence.

Because innovative hackers can attack businesses in seemingly endless ways, there are a variety of roles available in cybersecurity. Some are general, while others are highly specialized.

If you're interested in the cybersecurity jobs Atlanta has to offer, you'll need a degree. A bachelor's degree in cybersecurity and information assurance is a good start. You'll first learn the fundamentals of IT before moving into specialized security courses covering digital forensics and hacker countermeasures. If you want to climb the cybersecurity career ladder, you might want to consider a masters in cybersecurity, which covers systems design and cybersecurity management.

The booming Atlanta metro area has much to offer to IT professionals. If you're interested in fighting digital crime and you love warm southern weather, Atlanta might be the perfect place to find your next—or first—cybersecurity job.