How college bound parents shape the future of their family. 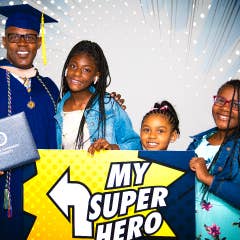 Today, superheroes are the center of the entertainment world. Hollywood cashes in millions of dollars as they spin out thrilling stories of cape-clad protagonists at an exponential rate. But the reality is, the individuals who are making the biggest impact on the future are parents returning to school.

There are millions of men and women in the United States who were college bound at some point in their lives. Many of those people got off-course because of a job, a family, or other life events. Now those same people are going back to school, and their decision is not only beneficial for themselves, but for their families as well.

When a parent earns a degree, they immediately have an opportunity for a better life for themselves, and their families. New job opportunities, or career promotions and raises could be the direct result of an education. But the impact doesn’t stop there. Generations of future college graduates are affected by their parents’ decision to continue their education.

More powerful than Thor’s hammer or Aquaman’s trident, earning a bachelor’s degree brings a  direct impact on the REAL world. Studies have shown that people with a degree earned $56,000 more per year, compared to those who don’t have a bachelor’s degree.

Earning a degree provides graduates with the confidence to take that next step in their career, and reassures employers that they are hiring the right candidate. Many people who went to school but didn’t graduate with a bachelor’s feel they have earned the skills to move up in their career, but find that not having the degree damages their prospects. Earning a degree ultimately opens new doors for exciting opportunities.

The impact of earning a degree goes beyond an increase in salary; it also impacts the future prospects of children whose parents earned a degree.

The National Center of Education Statistics (NCES) reports that 44% of children who have a parent that graduated with a bachelor’s degree took advanced courses (AP/IB) while in high school, compared to just 18% of children whose parent did not earn a bachelor’s degree. A parent’s focus on an educational future help improves high school performance.

Parental influence has a strong impact on the educational future and level of attainment of their children. The NCES study is only one of many illustrating the close link between how far children progress and their parents’ earning of a bachelor’s degree.

Earning a degree is a common goal for most adults, but that does not make it any easier. Higher education is designed to stretch minds and understanding. This can cause many people to feel anxiety when considering going back to school. In addition to that anxiety, there are pressures of a full-time job and family responsibilities. All of these things take time, and it can be difficult to fit college courses into an already busy schedule. 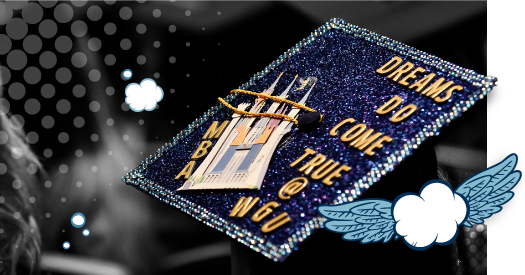 Some institutions of higher education have adapted to meet the needs of busy parents by providing online degrees that value skill development more than seat-time. This allows parents to earn a degree while still going to work, then focusing on their studies while their kids are in bed or during a lunch break.

At WGU we are proud to support parents in their quest to become a generational superhero for their loved ones. Every year, we applaud thousands of parents as they don graduation gowns, and walk across the stage to get their official bachelor’s degree diploma, something that many of them never thought was possible.

Education changes lives. It empowers people to progress further than they dreamed. So the next time you’re watching a muscle-laden actor in spandex, remember the real superhero is in the theater sitting next to their kids, worried about squeezing in their study time before their next test.