The Importance of Embracing Failure

“Hello, you failed your assessment.”

This is not a sentence any student longs to hear, yet most students will hear it at least once after struggling with their first or subsequent assessments. For many students, especially first-generation students, this can trigger a psychological response of fear endorsement, with the voices in the head chiming in with “I knew I couldn’t cut it,” or “I knew I didn’t belong in this university,” or even worse with “I’m never going to succeed.”

One of the most important things a student can learn from their university experience is that failure is not permanent—it is a temporary part of the learning process. This is relevant because it’s likely to occur at some point in the graduate or undergraduate journey. Everyone who tries fails at some point. That’s how they know they’re trying. Embracing failure is often the critical first step on the road to success. And for many who failed and then persevered, looking back on that initial failure is a cause for celebration. 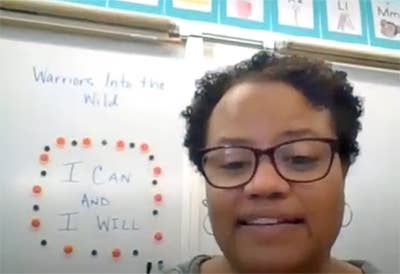 Michael Jordan missed 1,445 free throws in his career. He learned from each of his failures and excelled as probably the greatest basketball player of all time. Failure happens. Before he shined as a professional star as an adult, he was cut from his high school team as a youth. He learned from his experience and developed legendary perseverance.

Resilient responses to failure are not limited to professional athletes, of course. It is commonly observed as children learn to walk. Children repeatedly fail as they crawl, stand, teeter, and then eventually walk with confidence. We celebrate those failures on the way to success, and we can do the same as we assess our own learnings and failures.

At WGU, several graduates have shared that some of their best learnings came from going back over what they missed in an assessment because now they grasp the concept more clearly and are not likely to forget it. They used their coaching report and other support to identify what they understood and where they had gaps in understanding so they could hone in where they were missing what they needed to master.

Successful graduates often share their personal views about the importance of failure and how it helped them learn more. One of these graduates is Justine.

“It’s not about the failure, it’s about what you do with the failure. You didn’t get to this point in your life without getting up from failure.”

Justine has fulfilled a lifelong dream and is now an elementary education teacher. But it wasn’t easy. Inspired by her fifth-grade teacher, she tells us that she always knew she wanted to teach. “The most important thing he taught me was the power of words.  He said, ‘I believe in you.’ He made the words come alive,” said Justine. So much so, that in her sixth-grade yearbook Justine made a proclamation to her world that she would be teaching in ten years. Though it took her longer than she expected, she committed, overcame failures, and succeeded.

“I committed not just to the education but also to the process.” At the time, she was part of a leadership training group, working three jobs, and raising two kids by herself. Success in her teaching degree seemed almost unachievable. Almost.

Justine’s advice: “Life is going to keep life-ing. Things are going to keep happening. You have to keep going.” She had to figure out what needed to happen to make her successful because she realized no matter how busy and tired she might be, she had to earn her degree to be a teacher and fulfill her dreams. She learned to distinguish the difference between something being “too much” vs. a similar feeling that ended up being stretching.

She was progressing, but then a new challenge presented itself. “I hit Science. It took me several attempts to pass it. I was reliving my math from community college.” She told her program mentor she thought she wasn’t going to make it, and her mentor urged Justine to connect with the course instructor. The course instructor was able to break apart each section into more digestible pieces for her, providing her individualized instruction and support. There was one day she recalls feeling overwhelmed.  “I wasn’t going to quit, but I just couldn’t even open my computer,” she says. “I opened my mailbox and the course instructor had sent me a postcard that said, ‘Justine, you can do it!’ This inspired her to keep trying. She still has the postcard on her wall at home.

She learned a lot from her failures prior to the final victory of passing that Science course, crossing the commencement stage, and earning her position as a teacher. Today, she has a large sign on the front of her classroom that reads, “I can, and I will.” She says it to her students, and they say it to her. “Whatever you tell your brain, it will believe it,” she says. “If you say, ‘I can’t do this,’ your brain says ‘okay.’ But if you tell your brain, ‘I can’t do this yet,’ it will believe it… and you will get there.”

“My transcript is not without failure. But in the end, I was successful because I understood my own needs, I advocated for myself, and if things weren’t working, I changed them. It’s not about the failure, it’s about what you do with the failure. You didn’t get to this point in your life without getting up from failure. We talk a lot about counting our blessings. Maybe we should count our failures because then we’d see that something happened, and we survived it. Then this other thing happened, and we survived it.”

She remembers commencement fondly. She was walking through the hall in her cap and gown just prior to the ceremony.  “I was thinking, oh my gosh, I really did it! I got up from every single failure that I was going to let stop me, and I’m here. I overcame them all.”