From the trauma of war to the triumph of a college degree. 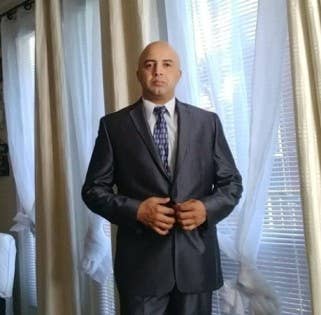 For Jaime Lopez Rivera, earning his Bachelor of Science in Business Management from WGU in 2020 was an undeniable triumph over trauma. Nearly 20 years ago, he launched a military career with the U.S. Army, which took him to Seoul, South Korea; Fort Huachuca, Arizona; and Kuwait. During a year-long deployment from Kuwait to Baghdad at the beginning of the Iraq War, Jaime helped create and manage the very first post exchange (PX) convenient store for deployed soldiers, which led to the creation of a space where service members could relax and entertain themselves as they awaited their next mission.

“I had a hunger to contribute to the safeguard of the country in which my family resides,” he said. Then tragedy struck. While on active duty in Iraq, Jaime suffered a traumatic brain injury and severe post-traumatic stress disorder (PTSD) as a result. His course of treatment for PTSD included intense Interactive-Behavioral Therapy (IBT), the most widely used form of group psychotherapy for people living with intellectual and chronic psychiatric disabilities.

The treatment could be as brutal as the injury itself, even preventing Jaime from working.

“The IBT was getting out of control,” he said. It wasn’t until Jaime joined a PTSD support program that he understood why he was having so much trouble with his cognitive abilities. He decided he needed to focus all his energy on himself, free of distractions, so he moved from the East Coast to Arizona, alone, thinking that the warmer weather would encourage him to be more active and get his mind off his struggles. Although he would keep in touch with family and friends back east, it was a difficult, delicate time in his life.

Then, not long after he enrolled with WGU, he met Program Mentor Ann Mackin, who rescued him from self-imposed isolation as he “continued to rebuild” himself. “She had faith in me and really showed it with all her support,” said Jaime. “[Ann was] the best tool WGU had for me. She understood what I was going through and went above and beyond [to support my educational endeavors].” 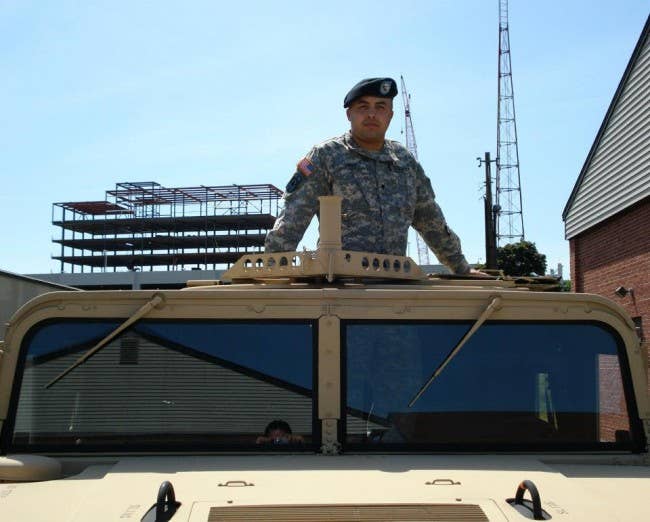 Having enrolled in online courses previously, Jaime said he was “petrified” to pursue an entire online university degree program.

“With my disabilities, I felt more comfortable with visual learning in person,” he said. “After my first semester with WGU, my fear was gone.” What quelled Jaime’s fears were the multiple resources WGU made available to him and which Ann, his Program Mentor, helped facilitate. He worked with a web tutor, participated in a writing seminar, and connected with a cohort (group of students in the same program) in which he could replay or slow down as much as he needed to.

Due to his medical issues, Jaime said, “I was able to read aloud during an exam, which makes a significant difference for me. I feel WGU has everything any student needs to succeed.”

Even with WGU’s support, Jaime struggled enormously throughout his degree program but found the spirit and drive in himself to push past it.

“There were a lot of times when my brain just decided not to work, even after I studied religiously,” said Jaime, who attributed this mental challenge to having PTSD. “Ann reminded me not to beat myself up over this and that my issue was temporary, that sooner or later, it would pass.”

“I witnessed Jaime struggle with the significant health impacts of his service-related injuries,” said Ann. “Despite being hospitalized for several months, Jaime never, ever gave up. His indefatigable optimism and academic tenacity served him to overcome his health obstacles and graduate from WGU.”

Jaime is already plotting his return to WGU to earn a graduate degree, but first he wants to land a job in which he can apply his new bachelor’s degree. He is seeking a “workforce management position” at a great company, a position he has previously held, but now he is armed with new knowledge to help him take the role to the next level. He is a worthy candidate, full of character and charisma, dignity and determination.

“As soon as I learn the ropes in my new job, I am planning on pursuing my master’s and hopefully keep going,” he said. “I wish to inspire people that are in my shoes to persist in bettering themselves, to not give up just because life gives us limits.”

WGU helps the goalkeeper for the Utah Royals earn her MBA while traveling and playing professional soccer.

Discover how one WGU grad is using her degree to create innovative classroom spaces where every child can thrive.

Learn tips from an Air Force military spouse on how to earn your bachelor’s or master’s degree online.