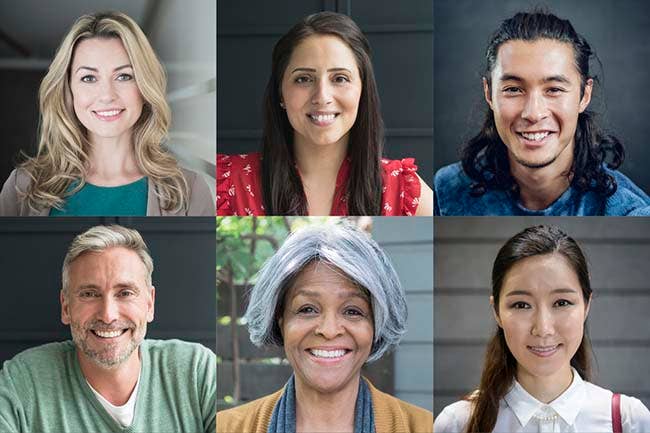 Today's students are as varied as the opportunities provided by higher education.

More students from every age group, socioeconomic background, and income level are going back to school than ever before, transforming ideas about what a ‘traditional student’ looks like.

At WGU, for instance, more than 60% of students are between the ages of 30 and 49, another quarter are between 21 and 29 years old, and 10% are over 50. Approximately 85% of students work full or part time, and many have families and other commitments that require their time and financial resources.

Another 71% of WGU students come from populations where education has traditionally been less accessible, including ethnic minorities, low-income families, and first-generation college students. Many WGU students are also active-duty military, veterans, or military family members.

Most working adults can see the value of earning a degree, but can’t see how they’ll pay for school or fit it into their busy schedule. So, how is WGU able to serve so many students from such a diverse array of backgrounds who face these challenges?

Let’s start with what most people cite as their biggest obstacle: finances. At WGU, 70% of students receive financial aid, 35% of undergraduate students receive Pell Grants, and WGU awarded more than $10 million in scholarships (many of them designed exclusively for underserved populations).

Most importantly, WGU students go into about half as much debt as their peers at other institutions, and thanks to WGU’s competency based model,  they have more control over 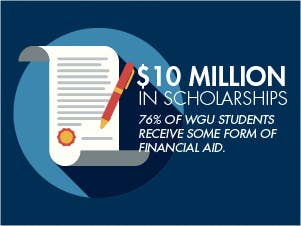 how long they spend in school and how much they ultimately pay.

But what students pay for school is really only half of the equation when it comes to return on investment. After all, money spent on a degree that you’re either not able to finish, or that doesn’t result in a new job, promotion, or some other form of career advancement ultimately isn’t worthwhile.

The vast majority of students who attend WGU already have a job and need a degree in order to advance their careers. They need degrees that will teach them new skills, validate their existing knowledge, and ultimately lead to expanded job opportunities, increased responsibilities, and, in many cases, higher pay.

Graduates reported an average increase in income of $10,100 within two years of graduation, compared with salary pre-enrollment. Four years after graduation, the average increase was $21,200 — significantly higher than the national average of $12,000. The skills WGU’s programs build are valued in the workplace, and as a result, it takes the average graduate less than two years to pay for their degree. 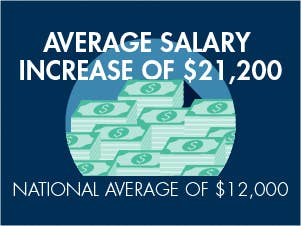 Data from a 2017 Harris Poll survey of 301 employers of WGU alumni help further explain these results. A full 100% of respondents said WGU graduates were prepared for their jobs, 97% said they would hire another WGU graduate, and 98% said that WGU graduates “meet” or “exceed” their expectations.

But financial gains only paint part of the picture. A 2017 Gallup survey reported that, “WGU alumni are nearly twice as likely as graduates from other U.S. universities to be thriving in all elements of well-being – purpose, social, financial, community, and physical.”

So if all of this explains what WGU degrees do for graduates, the question remains how they’re able to find the time, energy, and resources to juggle their busy lives with the demands of school.

WGU’s competency based education (CBE) model is a big part of the answer. Each program is structured to allow students to accelerate more quickly through material they know, while spending more time and emphasis on subjects that are challenging or new. This model measures actual learning rather than seat time, meaning that your success does not depend on spending a set number of hours in a classroom listening to a professor lecture. 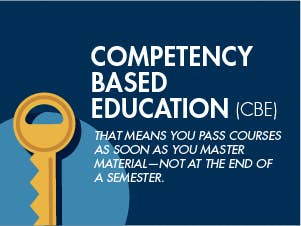 For adult learners in general, and traditionally underserved populations in particular, the freedom to apply the knowledge and experience they already have to their studies, while also getting the extra time and assistance needed for more difficult material, helps them succeed at WGU where they might otherwise struggle at a more traditional university. It also helps that they have the flexibility to schedule exams at virtually any time, day or night, and to log into their coursework on a variety of devices, including smartphones, to make progress toward their degree whenever they have time.

WGU’s Program Mentors provide another key to success for working adults, as their mission is to keep every student on track to graduation by providing one-on-one coaching, support, and accountability. Program Mentors help direct every student to the unique mixture of resources and assistance they need to tackle their biggest challenges, and many WGU graduates cite them as playing a central role in helping them earn their degrees.

“I would recommend WGU to anyone who wants to break through the barriers that have previously prevented them from getting their degree.”

Sameer Ramal, a recent graduate of WGU’s College of Information Technology, put it succinctly: “I would recommend WGU to anyone who wants to break through the barriers that have previously prevented them from getting their degree. At the end of the program, you’ll have a degree accredited by a regional body, skills and knowledge gathered throughout the program, and confidence that will last for your entire career.”

Surveys suggest that the vast majority of WGU graduates would likely agree with Sameer’s assessment, with 97% reporting that they would recommend their university to others, compared to 76% of those who graduated from other schools. Asked whether they would choose the same university again, 96% of WGU grads said they would – a rate nine percentage points higher than the national average for traditional schools.

The bottom line is this: You might not be the “typical” college student as defined by old school thinking, but if you’re a motivated professional ready to take the next step in your career development, you’ll fit right in at WGU.

Discover the top 10 highest paying college degrees, and what careers they lead to.

At WGU, all our online degree programs are made with you in mind, making sure you path to a diploma is convenient.

This guide will help answer any questions you have about online learning so you’re prepared for an online degree.