5 reasons you should resolve to earn a degree in 2019 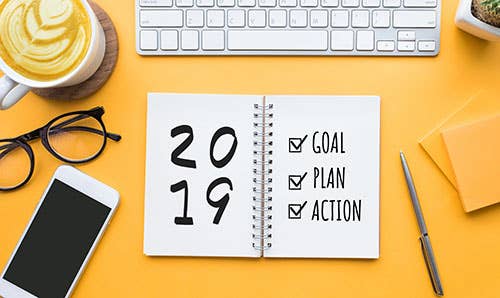 As the New Year approaches, many of us are taking the cue to set resolutions for 2019.  Common resolutions are to stick to a healthier lifestyle, find a new job, earn and save more, or pick up a new skill. A goal that supports all these aspirations is picking up a higher ed credential.

WGU Washington is making your educational goals easier than ever by making your degree more affordable. Our New Year, New You Scholarship is available now through the end of March. The scholarship, valued up to $2,000, makes our low, flat-rate tuition even easier to budget. There are many reasons why earning your degree can change your life for the better:

Research shows those who have attained higher education have greater longevity and tend to have healthier living habits – for themselves and their family. Children of those with more education, rather than wealth, have better survival rates. Lifelong learning is also thought to prevent cognitive dissonance – the deterioration of the mind that leads to memory problems in later life.

If the health benefits aren’t enough, the personal satisfaction of adding new skills to your toolbox is worth the investment in your education. When we master new abilities or build upon previous skills, we make ourselves happier, more developed, and more outgoing. Learning allows us to discover more about ourselves – our dislikes, our passions, and our connection to others.

On average, those who earn a bachelor’s or advanced degree will see higher earnings during their lifetime.  According to a report by CollegeBoard, bachelor’s degree recipients took home $17,700 (61%) more in after-tax income than high school graduates. That’s a lot of extra cash that can go into investments for your family, funding your passions, or taking a deserved trip.

National survey results show that WGU graduates’ income increases more, on average, than that of other students around the country. In fact, within four years of graduation, the average WGU Washington graduate’s income increased by an average of $21,200—almost doubling the national average of $12,000.

When most of think of a college freshman, an 18 year old high school graduate comes to mind. In reality, most college students are adults who are already career professionals. Some are building on current careers, others are exploring completely new industries and interests. A credential can open the door to a promotion or an amazing opportunity you would potentially never have considered.

If you’re feeling burnt out in your current path, that’s a signal that you may wish to change tracks. For example, turn your technical hobby into an I.T. career, or pass on your knowledge to future generations by earning your teaching certification.

Consumers like upgrades, why not upgrade yourself? By mastering new subjects, you are adding value for your clients, networks, and personal relationships. Make yourself more marketable by offering to help with the most up to date practices in information technology, finance, and communications. Take a refresher in math or English comprehension to impress your group when splitting the check or in a book club discussion. There are many applications for your degree courses.

Investing in yourself is also desired by employers, such as our partner MultiCare Health System. They understand the value of providing great patient care, and work in tandem with employees by investing in their employees’ educational pursuits through tuition reimbursement.