Return on investment: Is your degree worth the cost?

There's little doubt a college degree increases earning power and broadens opportunities. In fact, research has shown that college graduates on average make $1 million more in their lifetime than those without a college education. Additionally, in 2015, the unemployment rate for college graduates was about 2.7 percent, whereas the rate for the general population was 5.7 percent.

However with today's cost of higher education, four-year degrees can range from about $10,000 a year to more than $30,000 a year, it is increasingly important that students carefully consider which degree program is the best fit. 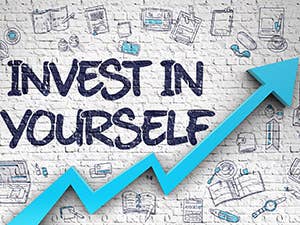 While, Americans still think college is important, people are skeptical of how high earnings will be for today's graduates, and if the return on the investment in their education is really worth it.

At WGU Washington, we believe earning a quality education should not create unnecessary financial difficulties, which is why WGU Washington’s average yearly tuition is about half the cost of comparable institutions.

Unlike other universities, WGU Washington tuition costs are not based on the number of credits you are pursuing. Instead, it is a flat rate for a term and you can take as many courses as you’d like during that time. This approach coupled with our competency-based model gives students the ability to move through courses quickly and efficiently, ultimately enabling them to keep the costs down. But the question remains, is the degree worth the cost?

The numbers speak for themselves! WGU graduates, on average, increase their incomes by $12,500 within two years of graduation. With an average cost of $15,000 for a bachelor’s degree from, the return on investment of a WGU degree is less than two years.

Additionally, in a 2016 survey, 1,207 WGU graduates reported earning, on average, $19,100 more a year within four years of graduation—compared with an average of $6,700 annual pay increase reported by 1,403 new college graduates nationwide.

A WGU degree delivers superior results—it means students have demonstrated mastery of real-world competencies employers are looking for. As a result, WGU graduates frequently get jobs that enable them to quickly cover the cost of their degree. The investment in their education goes beyond the degree and proves to be a useful tool career growth.