Life is unpredictable, you never know when you may unearth a new passion and how it can shake up your life. That’s exactly what happened to WGU Washington graduate Brennan Bailey. Brennan was a successful business owner when his work on a local school board inspired him to make a career change. Needing a degree to shift to a career in education, Brennan enrolled at WGU Washington and is now making a big impact in education!

During high school, Brennan was taking courses to earn his real estate license and pursue this as a career immediately following his high school graduation. As a 19 year-old Brennan purchased a real estate company and successfully ran it for a number of years. During this time, he also sat on a school board which ignited a passion for education and sparked a desire to become a teacher. 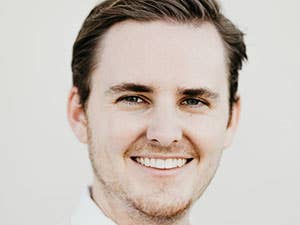 Knowing that in order to become a teacher he would need to earn a specific degree, Brennan began to research the options available to him. Brennan quickly learned that to earn the necessary credentials through the traditional higher education model, it would be years before he would be leading a classroom of his own.

However, Brennan eventually found WGU Washington and because the curriculum allowed him move through the program at his own pace, he knew WGU Washington was the right fit for him. Brennan sold his business and committed himself to studying 12-14 hours a day. He completed his degree in six months, accruing tuition fees of less than $6,000 and after completing the student teaching requirements, Brennan was teaching his own class after one year.

Now, Brennan is currently enrolled at Harvard University, earning a master’s degree in education policy. He also recently announced his candidacy for the 2018 representative election in the 20th district in Washington State.

Many of WGU Washington’s features appealed to Brennan, however, it was the ability to move at his own pace that captured Brennan’s attention. Making this career shift was dependent on earning a degree and Brennan was anxious to get started on his work in the classroom. WGU Washington’s unique program architecture allowed Brennan to move through the program at his own, very speedy, pace.

As for the effectiveness of the program, Brennan has said he felt his time enrolled at WGU Washington was very valuable and prepared him both for his work in the classroom as well as the program he is currently enrolled in at Harvard.

Good luck to Brennan, both on his latest degree as well as his upcoming political campaign! We are proud to have played a role in your pursuit of your passion!