We See You. We Hear You. We Celebrate With You. 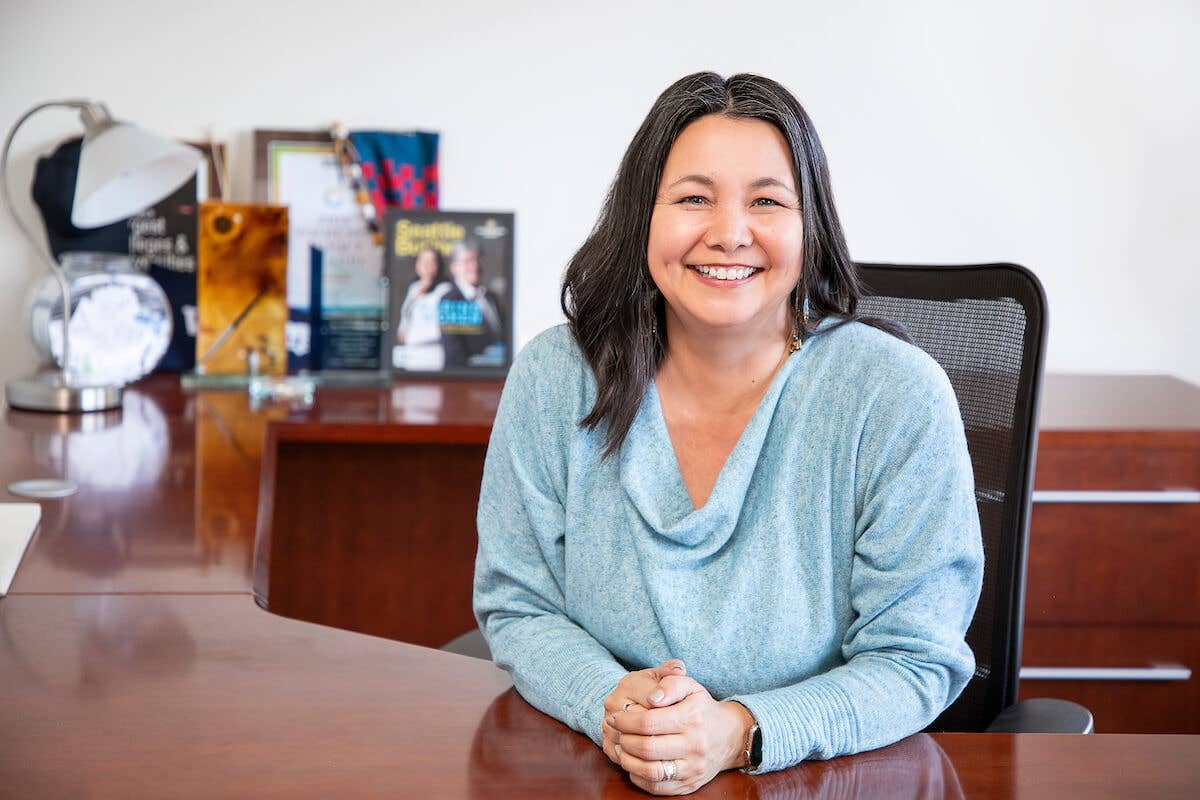 Drake and other WGU employees, students and alumni will join more than 200 groups participating with attendance projected to reach the hundreds of thousands, as the parade makes a triumphant return after a two-year hiatus. What started in 1974 with less than 200 people walking, has grown into one of the most celebratory Pride events in the country, thanks to a vibrant activist scene.

Throughout her career, Drake has focused on raising awareness and being an advocate for equity and inclusion.  “When we had the opportunity to demonstrate our commitment, I was excited to jump at the chance to support our students, alumni, and employees from the LGBTQ+ community,” she said.

WGU has demonstrated our commitment to value the inherent worth of every individual. Changes to create a safe place at WGU include policies for individuals to have access to additional medical care and benefits if they're LGBTQ+. The use of gender pronouns in signatures and personal profiles is also encouraged to create a more inclusive culture. This practice makes it clear how individuals would like to be referred to, and it also shows people that you respect their gender identity.

Drake acknowledges that there is still much more to do. As far as next steps, she humbly defers to the PRIDE Owls, which is an Employee Resource Group (ERG) dedicated to fostering a safe, inclusive, and supportive environment that also expands access and opportunity for WGU's LGBTQ+ employees and students.

For example, coming out at work is still a monumental – and sometimes risky – decision for many LGBTQ+ workers. Nearly 7.1% of U.S. adults now identify as LGBTQ+, which is the largest number in history. Yet persistent discrimination and the fluidity of many people's experiences of gender and sexuality, often make coming out a continuous process of navigating in what spaces, and to what degree, people can be open.

Drake recognizes the hesitancy that people have coming out, which is why it’s so important for WGU to not only believe in the inherent worth of every individual but to demonstrate it.  “We see you. We hear you. We celebrate with you,” Drake passionately declared. “Participating in the Pride Parade is one way to publicly demonstrate our advocacy and support.”

Drake has a strong and committed voice in her Executive Assistant, Cole Frandsen-Smith, who is also a Co-Chair of the PRIDE Owls. Frandsen-Smith said the significance of WGU’s presence this year is amplified mostly because the university has not participated in a Pride event before.

“The willingness to spearhead that effort and to show solidarity and support for the community has excited a lot of people to join the walking contingent. I think why we're getting so much response is because of visible representation happening for the first time in our history, which is amazing,” he said. “It’s great to see on a professional level that I'm always going to be safe being myself at work here.”

The founders of PRIDE Owls, Lacey Laskowski and Shay Clark, identified a presence in a Pride event for WGU in the original ERG charter and now it is a reality. Being an ERG, the PRIDE Owls are internally focused on employees versus representing WGU in an external setting.

“But we can inspire different parts of the university that are externally facing and part of the communities that they serve to be involved in different events. And so, as a PRIDE Owls leadership team, we've talked a lot about how we can do that over the last two years, and I think it’s opening up people's minds.”

To the awareness, for instance, of how difficult it is for many people to come out at work. 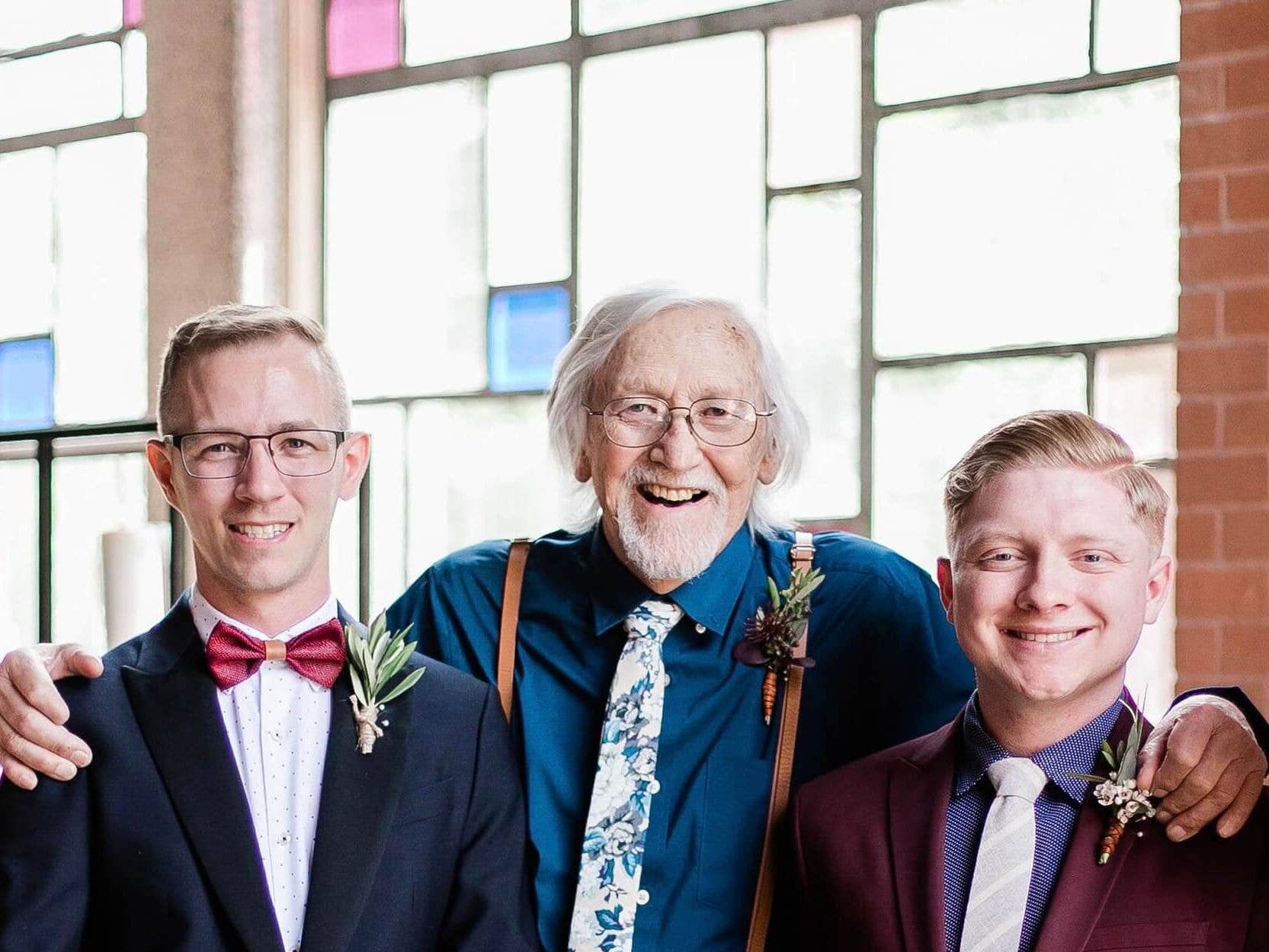 “For a lot of people, it is scarier than coming out to family. We spend more time at work than we do at home. Everything is impacted by our work ability because that income provides housing, food, and security. Many people don't have the safety of knowing that their employment is secure,” he said.

Frandsen-Smith often asks himself where he has the responsibility to be a voice and an advocate and do things that some people don't have the chance to do.

“That's the headspace I've been in, and I think this is kind of a culmination of every part of my advocacy journey and I'm excited for how public this is.”

It doesn’t get more public than walking in a parade with the company you work for and in Frandsen-Smith’s case, alongside his husband and fellow WGU employee, Dustin Frandsen-Smith.

He credits the people that came before him—many who did not make it through their own advocacy journey because of prejudice, hate and violence.

“Everything that they worked for has made such an amazing life for us. The fact that we were able to get married—nobody thought twice about it. It was just a wonderfully great day with no hate. I’m grateful to those people, and I wish that I could tell them that.”

By Courtney Dunham, Communications Manager for WGU Northwest Region. For media or other inquiries, contact Courtney at 206.388.8926 or Courtney.dunham@wgu.edu