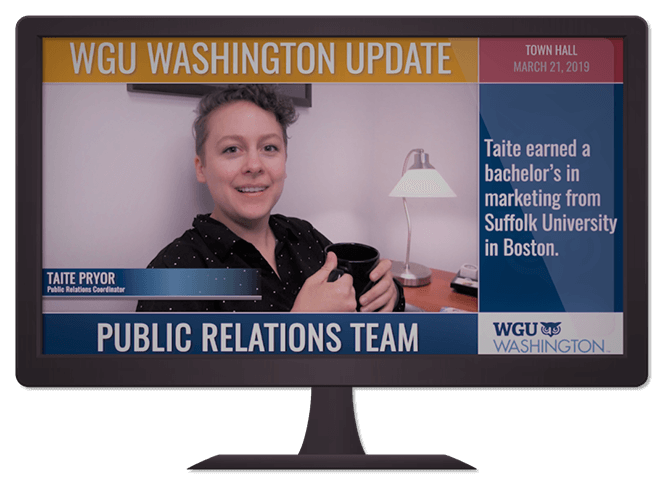 WGU Washington staff produced and shared a video updating their colleagues on the university’s significant success.

With faculty and staff spread across the nation, WGU employees stay connected, in part, through virtual town hall meetings. During a recent town hall, the WGU Washington office was given the opportunity to provide an update on the important work it does serving students across the Evergreen State.

The update was delivered through a fast-paced and entertaining video. Not only did that video remind viewers of WGU Washington’s place in the university set-up (one of eight, state-based affiliates), but it introduced the team and showcased several of its most successful initiatives. Also, it reported facts and figures demonstrating the university’s significant success in Washington, including:

Now, the university wants to share the video with everyone and invite them to celebrate the great work WGU Washington is doing!