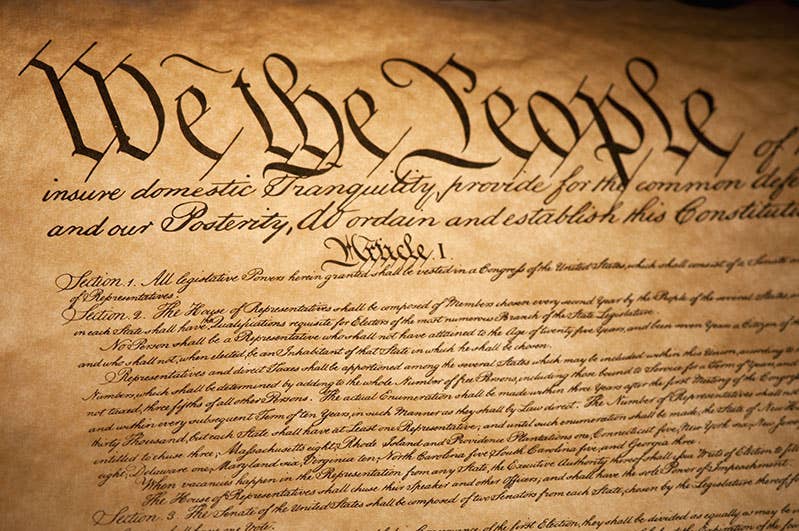 WGU will host a series of free 1-hour webinars and online discussions beginning Monday, September 18, through Wednesday, September 27, 2017 to commemorate the issues and importance of the U.S. Constitution. This year’s theme is “Constitutional Controversies.” Topics and times are listed below.

“Playgrounds, Religious Freedom, and the Future of the U.S. Supreme Court

Drs. Sharpe, Leep, and Scotece will discuss the recent Supreme court case, Trinity Lutheran Church of Columbia, Inc. v. Comer. This panel will explore the conflict over religious freedom on the Supreme Court and what this conflict means for the future of the Court. The panel will pay particular attention to difference views of the Establishment and Free Exercise Clauses in the 1st Amendment to the U.S. Constitution.

“Legacy of the Constitutional Convention: How Compromises in 1787 Influence Politics in 2017”

For the most part, the U.S. Constitution continues to operate on the same words and principles that were written down in 1787. This is a testament to the document’s ability to persevere, but also to the great difficulty past and present generations had in trying to change the Constitution. This inability to easily amend the Constitution means that we continue to live with the consequences of political compromises made in the eighteenth-century. American citizens of the twenty-first century continue to live under a system of government that was created by Englishmen in white powdered wigs, who either participated in slavery or tolerated it, who believed believed that bloodletting and leeches were the cure for most ailments, and who believed that democracy was a very dangerous idea. The world has dramatically transformed since 1787, but the U.S. Constitution has not. This panel will explore how the political dynamics of 1787 influence the world of 2017.

“The Trump Presidency & The Constitution: A Progress Report”

This panel will separate style from substance and discuss the Trump presidency and its implications. What are the long term effects of Donald Trump’s ‘war’ on the media? How do the actions of the Democratic Party affect their chances in the 2018 midterm elections? Does the Trump administration have what it takes to stave off the threat of thermonuclear catastrophe? In short, is America great again yet? Let’s talk about it.