Laurie Charles was attending a conference in a big city, five-star hotel. She was talking with a colleague when she saw a man walk in with two teenage girls. They were maybe 13 or 14 years old. Laurie thought it was odd; they weren’t dressed appropriately for the winter weather and they were wearing a lot of makeup and high heels. She then heard the man with them tell the girls to get on the elevator, go up to a certain floor, and do whatever what they were told before coming back to meet him.

Alarm bells went off in Laurie’s head. As a trained forensic nurse, her instincts immediately kicked in.

“Oh my gosh! That is trafficking,” Laurie thought in her head. She ran to the front desk of the hotel and explained what was happening. The hotel immediately called the police.

And then, nothing happened. Laurie didn’t see police storm the hotel or anything. She wasn’t sure what happened to those little girls. That is, until years later when she was talking to a colleague about a human trafficking sting that came out of an anonymous call out of that very five-star hotel. Laurie realized that sting had been because of her call.

“I felt the situation was wrong, and I said something. They rescued those children and stopped the trafficking ring. I didn’t find out for years,” Laurie added 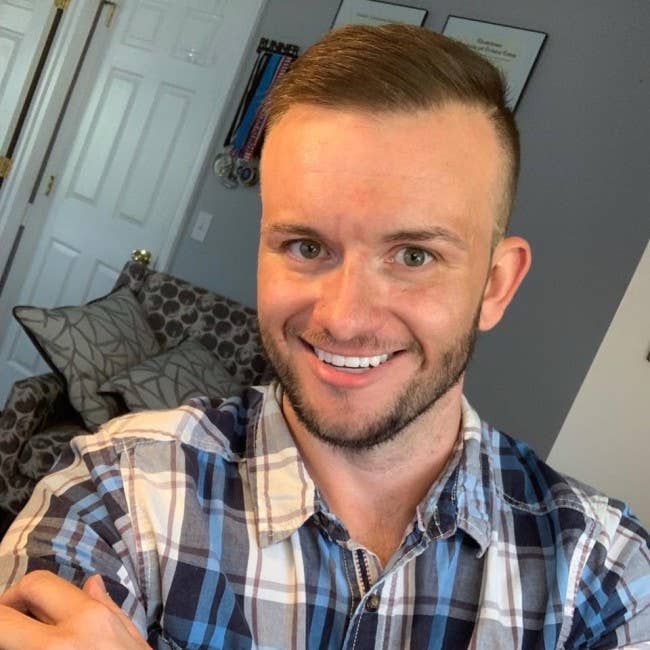 Laurie is just one of thousands of everyday heroes who are working to fight human trafficking. Joshua Embry is another WGU graduate, and hero, who is working in this field. He’s the public health director of a county health department in Kentucky. He is working to implement educational programs in his community and connect with law enforcement and with politicians to help further the goal of eliminating human trafficking.

“If the community understands the threat, then we have community partners involved in helping us fight,” he said.

Laurie and Joshua agree that the best thing people can do to help fight human trafficking is to learn the signs, and to speak up if they see something suspicious.

“We can come in contact with human trafficking victims in banks, shopping centers—anywhere really. Know the signs. If you suspect something, report it,” Joshua said.

Laurie believes that many people don’t believe that human trafficking is really happening around them, but it is very real, and it happens everywhere.

“It is something, it happens in big cities but it’s also happening in your community,” she added.

Laurie and Joshua also agree that in the effort to fight human trafficking, prevention is the biggest tool they have. Joshua believes that prevention starts with parents learning about the dangers that are out there to help keep their children safe.

“The majority of human trafficking cases that I have read about could have been prevented. However, the victim was lured or somehow tricked into a bad situation.” he said.

Parents need to regularly monitor the apps their children use, be aware of where they’re going and who they’re spending time with. These things can help keep them safe.

Nurses have a huge role to play when it comes to human trafficking. Laurie helps current nurses and those who want to be nurses further their knowledge so they can be prepared to help victims of these horrible crimes.

WGU offers nursing programs for current and aspiring nurses as well; they can get the skills and credentials needed to move their career forward. That’s what Laurie did. She had been working as a nurse for a long time when she went back to WGU to earn her bachelor’s and master’s degree, making her even more qualified to become the forensic nursing manager at her hospital.

Nurses need to be aware of the signs and know how to interact with patients who could be victims, helping them feel safe and secure so they can share what is going on and get help. Their medical knowledge helps them know what to look for, and how to help trafficking victims. And their specific soft-skill training helps them create that safe space so victims can feel comfortable coming forward.

Laurie says that while nurses are vital in helping victims, they also have to be prepared to take care of themselves.

“Nurses are fantastic at taking care of others but not themselves. They run around without taking a break, going to the restroom, without eating or taking a drink. We need to take care of ourselves,” she said.

Laurie compares it to putting on your own oxygen mask in an airplane; you have to take care of yourself before you can truly help others.

Laurie says that one of the hardest things for her as a nurse is to see the psychological trauma that victims experience. They go through untold horrors every day, and the immense trauma they face is life-altering. Joshua agrees.

“A person’s self-worth and sense of security are completely robbed from them. It’s a tragedy to say the least,” he added.

However, some victims are able to put in a lot of work and get a lot of support, and get to a place of normalcy and peace. That’s the ultimate goal, and with the help of the right professionals, they can get there.

January has been named as Human Trafficking Prevention Month since 2010. For the past decade and more, organizations around the world have worked to put an end to the horror that is human trafficking. Human Trafficking Prevention Month is meant to acknowledge people who are experiencing enslavement, and those who have escaped. Traffickers can use violence, threats, deception, debt, and manipulative tactics to force people to engage in sexual or labor acts against their will. This can involve children, teens, and adults alike.

You can get involved in your local community to help fight human trafficking. You can also learn more about how to get involved by visiting the Polaris Project.