3 tips for asking for a raise. 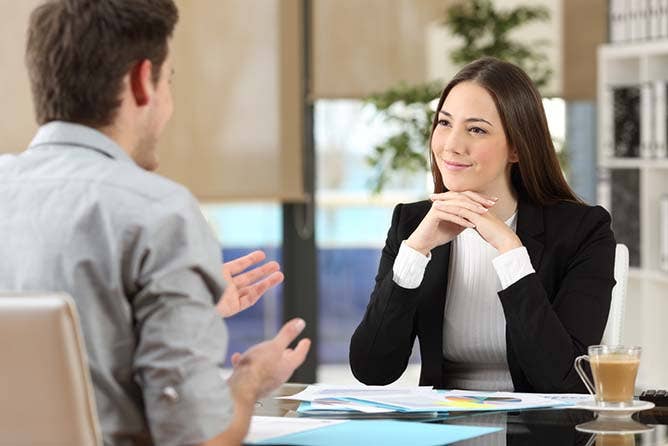 You've worked hard. You've grown in your job, conquered every challenge, and won praise from your higher-ups. Now you think it's time a pay bump accompanied those hard-won words of appreciation. But asking for a raise can be nerve-wracking—and could be one of your toughest career challenges

The key is courage, and the key to building that courage is preparation. Here are three things to do to get yourself ready to ask for that raise—and put yourself in a good position to get it.

Come to the discussion table with detailed evidence of your achievements. Make a list of the projects you've completed and the new tasks you've taken on since you started. Leave space beneath each item to highlight how that accomplishment has helped your organization. Being able to show the impact your work has had on the bottom line is key to proving your worth to the company. Where you can, show some numbers: customers brought in, sales made, money saved, project time reduced.

Think about how you can help the organization reach its goals going forward. Jot some ideas down, and bring two or three concrete ones about how you'll contribute to the organization to the meeting. Maybe you could spearhead a new committee, streamline an existing process, or mentor new hires.

Landing a raise is about setting clear goals and taking steps to accomplish them, writes Money. When you can use evidence to demonstrate that you've accomplished your goals and helped the company, your employer is more likely to see that you're a valuable employee and should be well-compensated for the skills and contributions you bring to the organization.

When you ask for a raise, you don't want to suggest a figure so high that you're laughed out of your boss's office. But you also don't want to start the negotiation with a number that's lower than what you deserve.

To calibrate a realistic number, dig up average pay grades for positions similar to yours from professional associations, the U.S. Bureau of Labor Statistics, or social sites such as LinkedIn Salary or Glassdoor. The office water cooler might be a good place to gather inside salary intel, Inc. says, but don't approach the conversation with your boss with your discovery that a coworker makes more than you. Instead, focus on the average salary for your position in your region. Keep the conversation professional, not personal.

Knowing what you're going to say can make asking for a raise less intimidating. Write out your opening statement, and practice delivering it with confidence with a friend or colleague. You might preface your proposal by pointing out how you've acted on the feedback from your last performance review or how you've already been doing work above your pay grade, Forbes says. Try to anticipate any questions your boss might ask about your past performance, and be prepared to answer them professionally with the evidence you've gathered.

A scheduled annual review is an opportune time to discuss a raise, but you don't have to wait for one. You can ask for one after you've completed a big project, earned a new educational credential, or taken on a new role or additional responsibilities. Ask your boss for a brief meeting to discuss your job, and once you're in the meeting, mention the recent or upcoming event that's prompting your raise request.

Proper preparation gives you the best chance of getting a yes when asking for a raise. But if the answer is no—at least for now—don't get discouraged. You'll be more than ready for the next time you ask for one.

How to negotiate your pay.

Discover how to determine your salary worth, and how you can negotiate your pay with your boss.

How much more can you earn with a bachelor’s degree?

Individuals with a bachelor's degree earn significantly more than those without over their lifetime.

Discover 10 of the most in-demand business careers careers you should consider after you get your degree.