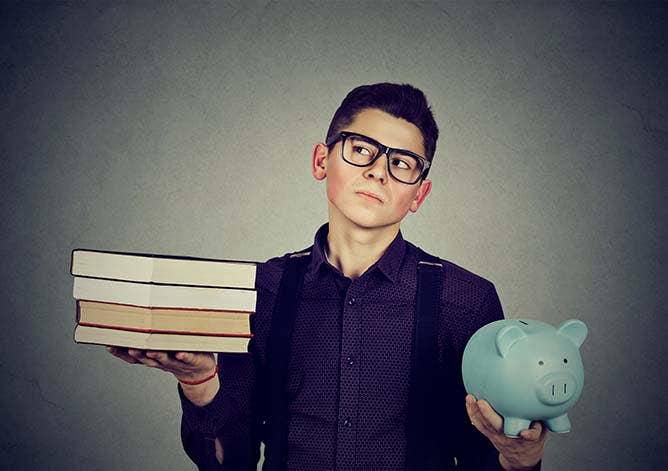 We’ve all heard a variation of that saying, but where can that ticket take you, and how much will it cost?

The average salary in the U.S. for an individual with a high school diploma is roughly $35K per year. However, Amelia Josephson at Smart Asset suggests that individuals with an associate degree earn an average of $41K annually, while those with bachelor’s and master’s degrees earn $59K and $70K, respectively.

As mentioned in The College Payoff: Education, Occupations, Lifetime Earnings, Center on Education and Workforce, bachelor’s degree recipients typically earn nearly $1 million more over their lifetimes than those without a college degree.

North Carolina has set “degree attainment” goals to increase the number of residents who hold a college credential or degree. According to The Education Trust, states need to “increase the shares of black and Latino adults in those states that have college credentials and degrees … as population growth among communities of color continue to grow.” Although attainment among white populations outnumbers that of black populations, North Carolina is ranked above average in the degree attainment gap.

Unfortunately, a major barrier for many to obtain a high-quality education is money. The average cost of attendance per year (including tuition, housing, books, etc.) is $26,590 at public colleges and $53,980 at private colleges. Two-thirds of the country’s outstanding student debt is carried by women. And while the average white student loan borrower owes around $30,000, the average black student owes closer to $34,000.

According to a study from the Center for American Progress, African Americans who entered college in 2011 and took out federal student loans defaulted on those loans at sharply higher rates than did their peers of other races (32% default rate vs. 18% for all borrowers).

Although it’s unlikely that the cost of college will come down soon, there are several options to help students graduate with as little debt as possible.

That ticket to success can take you to a better future. And with the right research and resources, you can get that ticket without taking on crushing debt. Believe and achieve!

Here is how a self-directed learning approach can help you succeed in your education and in life.

Finding Persistence When the Going Gets Tough

Education can be a tough road, but having persistence and finishing is worth it.

7 Underrated Benefits of a Degree

There are many benefits to getting your degree. Here are a few you may not have thought of.