How to Talk to Your Family About Returning to School 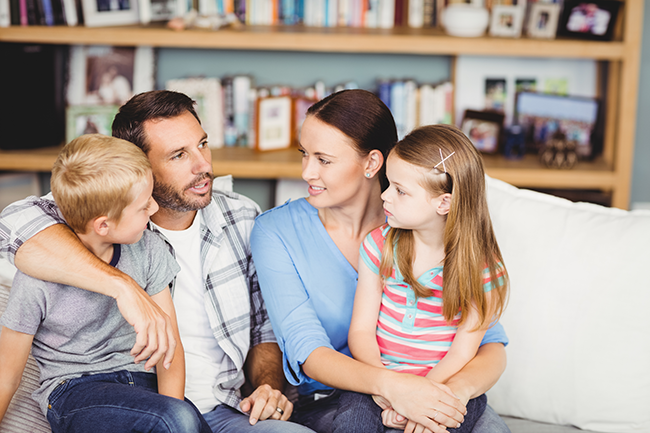 For Benjamin Moore, returning to school was the best option for furthering his career.

"I had 10 years of experience with software engineering, and I was ready to start taking on management roles," he recalled.

Ben decided to enroll in an MBA in Information Technology Management program at Western Governors University. As a father of five, though, he knew he would need to fit his coursework at WGU around his family's needs, as well as his full-time role at his company.

"We sat the kids down and discussed how returning to school was a great career advancement opportunity," Ben said.

By talking it through with them, Ben's whole family got on board with their dad's educational ambitions. So did Ben's company, which awarded him with a promotion to a managerial role when they heard he was starting the program.

For Ben and thousands of working adults like him, an essential ingredient of returning to school is involving the family in the decision.

As an adult, you likely have a family, a host of responsibilities, and many demands on your time. When you make the decision to go back to school, it affects your whole family. Communicating about the level of time and commitment your educational pursuit requires should be discussed beforehand so everyone is on the same page.

Setting expectations with family members for the time you will and won't be available is important, both for the completion of course material and for maintaining close family relationships. As you discuss this with your family, give them an opportunity to express their concerns. Then, you can creatively resolve those concerns as a team.

When you're at WGU, you're not alone. That made a huge difference in Ben's strategy for completing coursework. His advice for prospective students? Communicate your goals early with your instructors and ask them to help you make a study plan for the course.

"The instructors have specialized knowledge in the material and in the course," he said. "They're all very responsive and helpful. If you get stuck, call them, and they'll help you."

Not only are faculty members willing to help you accomplish your academic goals, but your WGU mentor can also be a valuable resource as you work and rework your schedule and make your way through your chosen program of study.

Michael King was inspired by his mother to continue his higher education. He received his bachelor's degree at age 47, and with his mother's approval and support, earned his Master of Science in Management and Leadership degree from WGU a couple of years later.

"In a way, I wanted to complete this degree to honor her," he said.

Thanks to the support of his family and the education he received at WGU, Michael has also progressed in his career at the Raleigh branch of the Memphis Public Library, rising from circulation supervisor to senior library manager.

Both Ben and Michael chose WGU because it allowed them to fit required coursework into their schedule rather than requiring them to attend courses on a fixed schedule. WGU's competency-based model allows students to proceed based on when they can show competency in a course's subject matter.

"I really appreciated the ability to study at my own pace and on my own terms, take the exam and then go to the next course," Michael said. "As opposed to in the traditional classroom setting, which would take 15–16 weeks."

Michael completed a course within two weeks and was able to move on to the next, allowing him to work at his full-time job and complete both his bachelor's and master's degrees.

Ben appreciates the flexibility of asynchronous, competency-based learning because it allowed him more family time.

"We told the kids that I would need two hours a day during the week and to take most of the day on Saturdays to complete the larger projects," he said. "But I found that as I went through, I only needed to do a Saturday occasionally because of the competency-based program."

With 10 years of experience in the field, Ben was able to prove competency early in his courses and move on quickly, allowing him to spend more time with his family. 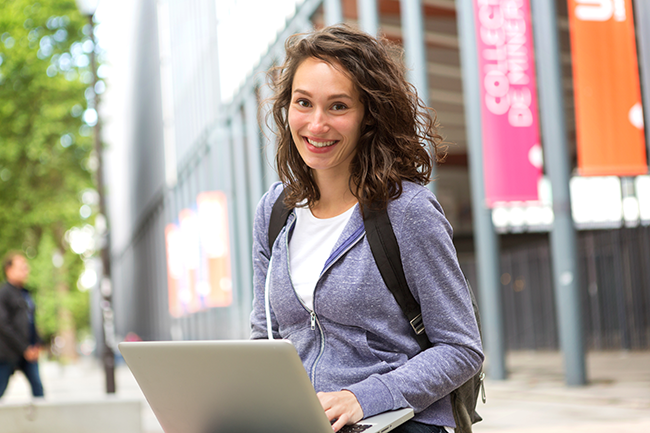 Finally, establishing a family calendar can help everyone manage a working adult's transition back to school.

"While I was an undergrad, I was able to balance school work and my personal life by keeping a calendar of all of my responsibilities," Michael said. "I'd schedule family time and studying, even going out to dinner."

Making a family calendar every week can give family members an opportunity to voice their needs and help adult learners adjust their study time to adapt to those needs. It's one way to stay connected with your loved ones while staying on track academically.

Michael still manages his responsibilities to his family, his job, and his schoolwork by carefully scheduling his time. He and Ben are living proof of how including your family in the decision to return to school is a successful strategy.

"It's never too late to go back," Michael said. "Follow your dreams, and make them happen."

Why College Students Who Quit Should Try Again

Students who drop out of college have many good reasons to come back.

How To Protect Your Emotional Wellbeing

This article discusses tips on how to protect your emotional wellbeing.

This article discusses tips and recommendations for having difficult conversations