Key differences and similarities between C# and Java. 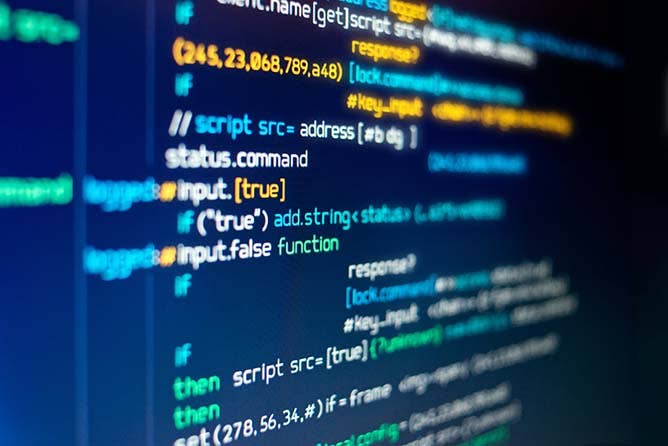 In the last decade or so, a software degree has become a valuable commodity.  More and more students are seeking degrees in this field not only for the high paying jobs but also for the satisfaction and fun of being involved with cutting edge technology. Over the years, we have seen the emergence of more specialized software degrees specifically targeting programming languages, like Java, or entire industries, like game development.

At WGU, we offer software development degrees with two tracks, C# and Java. According to Netherlands-based TIOBE index, which measures the popularity of programming languages, C# and Java happen to be two of the most popular languages. The two languages, C# and Java, have a lot of similarities and a lot of differences. A developer is often faced with the dilemma of which language to choose for his or her application, and students similarly question which language they would benefit most from learning.

Fortunately, both offer ample career opportunities: On Indeed alone, there are tens of thousands of Java and C# developer jobs available, which indicates that both these languages are in demand and are almost equally sought-after.

With strong job opportunities and educational programs available for both languages, the key differentiators really come down to their respective origins and the platforms where they’re utilized most.

Java was originally developed by James Gosling at Sun Microsystems in 1995. It is an object-oriented programming language (a programming language built around objects as opposed to actions or data) that was developed with the special goal of “write once, run anywhere”. So, upon compilation, Java code is converted into bytecode. The bytecode can then be run on any machine that has Java runtime environment installed. This platform-independent feature of Java makes it highly popular. Java is particularly useful for developing web-based, GUI-based, embedded systems and applications in highly concurrent systems like web servers and mobile applications.

C# was originally developed in 2002 by Microsoft as part of its .Net initiative. It is an object-oriented programming language. The C# compiler takes code and converts it to intermediate language (IL) code. This intermediate language code is then processed by Common Language Infrastructure (CLI) on the processor which produces machine code. C# is mostly used to develop applications on Windows platforms using Common Language Runtime (CLR), although open-source implementations do exist. C# is often used for web-based, GUI-based, and mobile applications.

Java and C# are both object-oriented languages heavily influenced by C++. Their syntax and features have a lot of similarities, although C# has more features because it is newer. But while both languages depend on third party frameworks and reusable components, it is fair to say that Java has more frameworks than C# and is slightly more portable.

These languages have been around for a long time and it is important to understand that any application built using one language, can generally be built using the other language as well. But, when building applications in .Net framework, the language of choice usually is C#. So, for an application developer the choice of language depends on the need and the application’s platform.

For students, the choice of which language to learn depends on the individual’s personal choice and on what kind of applications, and associated platforms, the student plans to develop in the long run.