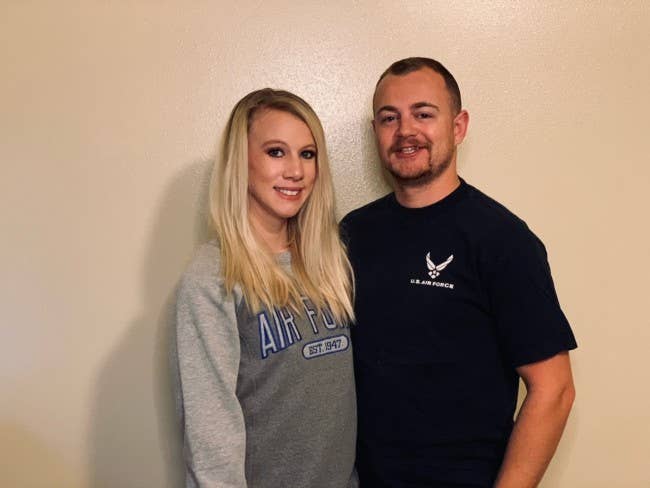 Being a new mom and a military spouse is challenging enough. The lack of sleep, unpredictable schedule, and frequent deployments are a lot to handle. But imagine also being a full-time college student—in the midst of a global pandemic! That was Alicia Lloyd’s reality. But she didn’t let it stop her. She found that with the right school, a lot of grit, and an “amazing” mentor, the business degree she had always dreamed of was absolutely in reach.

Alicia first learned of WGU’s online business degrees on a Facebook group for military spouses. “Several of the members were discussing how military-friendly WGU is and how its flexible, online courses enabled them to earn their degrees from wherever they were stationed. So I looked [WGU] up,” she said.

Alicia had worked as a medical administrative assistant for five years and then as a registered respiratory therapist (RRT), where she fell in love with healthcare operations. “Particularly the management side of it,” she explained. “I recognized that this is what I wanted to do—my passion. And I knew I had to get my degree to do it, even if the timing didn’t seem ideal.”

She and her husband, Stanley, were expecting their first child. And Stanley was in the process of transitioning from active duty Air Force to the reserves so they could be closer to family. This meant a move from Florida to Illinois, plus several drill and training exercises at a reserve base in Indiana.

“We had hoped this change would give Stan more time at home. But with the six-hour one-way drive to base, he had to stay there for more nights and weeks than we had anticipated. It was almost like a second full-time job. That’s why a year later he went back to active duty and we had yet another move—this time to Scott Air Force Base in a different area of Illinois.” Alicia explained.

During their initial move, Alicia had started her first semester at WGU in the B.S. Business Administration–Healthcare Management program, while also still working part-time as an RRT and PRN. She was drawn to WGU not only because it’s ranked the #1 online military-friendly school but also because of its unique competency-based design.

“That’s what sealed it for me,” she said. “I already knew a lot about healthcare and that helped me get through my classes faster.”

“WGU offers six-month semesters where students can complete as many courses as they can handle,” explained Cheryce Campbell-Davis, Alicia’s WGU mentor. “So for students like Alicia who have extensive knowledge in their field, they can move quickly through familiar content and dedicate more time on mastering new subject areas. WGU was a perfect fit for her!”

Another reason the university was a good choice for Alicia, and other service members or military dependents like her, was its flexibility.

“When I started my first semester, Stan was away. So I was unpacking our house and taking care of our newborn daughter alone, while she had a very bad case of colic. I thought, ‘How am I going to do this?’” But Alicia quickly adapted (as military spouses do!) by making notecards and reviewing them throughout the day, listening to class cohorts while she was driving, and studying while her daughter, Avery, napped.

“Anytime I could work on [my  degree], I would. What’s great about WGU, is you can have your kids in the room during proctored tests. So I would schedule my tests during Avery’s nap times or on days when I could drop her off with my mother-in-law.”

Alicia also attributes a lot of her success to her mentor. “Being in the military can be an emotional roller coaster. I remember a period when my husband was gone for two weeks. Avery was very colicky, and she needed me all the time. I was trying to rock her and learn HR management—something I knew nothing about. It was also early in the pandemic and I got furloughed from my jobs because the hospital I worked for ran out of money.

“It was all overwhelming and I just wanted to give up. But my mentor was there to listen to me and get me through. She said, ‘You’re too motivated and too smart to give up! Let’s get you through this degree.’ She then directed me to several resources, including WGU’s counseling department, and sent me some inspirational articles to read.”

Alicia still references these articles to this day. “Cheryce is more than a mentor, she is a friend. She will do anything she can for me, even on her days off. Her emails aren’t copied and pasted; they are personalized. The support of my mentor is one of the biggest reasons that I've gotten through this program with my husband away, and COVID-19, and all that is happening right now. The positivity and the feeling of not being alone helped me tremendously.”

Cheryce has high praise for Alicia as well. “Alicia is a great example of perseverance. There were so many obstacles that stood before her, yet she let none of them determine her destiny. Alicia has shown that no matter what we are faced with, as long as we continue to stay consistent and keep working towards our goals, nothing can stop us!”

As for what Alicia’s learning at WGU, she’s found her coursework to be challenging “in a fun way.” “I’m learning a lot that I can apply to my future job. I’m taking notes on how to be a good leader and mentor to my subordinates. My instructors also give excellent notes in their cohort sessions and their schedules are always open for one-on-one meetings. If I don’t understand something from my books, my instructors provide different resources, like videos or slides that help. They want to make sure you learn the information and will look up different tools to get you there. I haven’t come across an instructor that didn’t love their job!”

To date, Alicia is on track to graduate within two years of starting her degree. Better yet, she’s already secured a job as an assistant practice administrator with a hospital that’s agreed to pay for part of her MBA—which she’s scheduled to start in February next year.

“I not only want to become a leader in healthcare, but I want to change the ways of healthcare for the better. My undergraduate and graduate degrees will help me accomplish this,” Alicia explained.

As for her advice to other military spouses considering getting their degrees, Alicia recommends “finding a school that will work with you—one that provides the flexibility and support military families need. Don’t worry about obstacles. I had plenty and WGU had an option that met them all. If [earning your degree is] really what you want to do, you should do it. You don’t know how strong you are until you get started and look back at all of the milestones you have achieved.”

If you're interested in IT and serving our country, here are four intriguing military IT careers.

From military to everyday hero: man dedicates life to service.

Safe options for getting a degree during COVID-19.

Learn about safe ways to pursue a degree during the coronavirus pandemic.