Man on a mission.

This is the first in a series that will profile members of WGU North Carolina’s inaugural Board of Advisors. 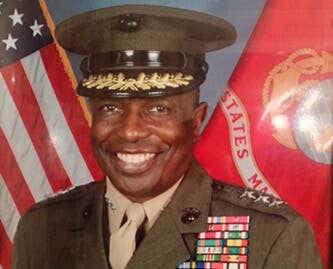 If you wanted to highlight one of North Carolina’s most outstanding natives, Lieutenant General Walter Gaskin would no doubt be near the top of that list. Now retired., LtGen. Gaskin served his country for nearly four decades in a wide range of military leadership posts at the national and international levels. From 2010 to 2013, he served as the Deputy Chairman of the NATO Military Committee.

Prior to this, he served as the Commanding General, Second Marine Division and II Marine Expeditionary Force (FWD) in Anbar Province, Iraq, Vice Director of The Joint Staff, Washington, D.C. and the Commanding General of Marine Corps Recruiting Command in Quantico, as well as numerous other positions as a General Officer.

In addition to serving on the WGU North Carolina Board of Advisors, he currently is an executive fellow at the Institute for Defense and Business. A 1974 graduate from Savannah State University’s NROTC Program with a Bachelor of Science degree, LtGen. Gaskin also earned a master’s degree in Public Administration from the University of Oklahoma in 1992. Ten years later he completed the Senior Executive Seminar at the JFK School of Government, Harvard University.

Having served in the military globally and participated in what other colleges and universities offered active duty service members and veterans, I recognized immediately that WGU provides something very special that demonstrates a deep understanding and appreciation of the military community and its unique culture and needs. In short, WGU offers students not only tremendous flexibility, accessibility and support, but it also offers tremendous affordability.

Having seen first-hand what this university offers students, employers and communities, I want to serve as a spokesperson, ambassador and advocate to help North Carolinians understand that for many citizens in our state, WGU is the best opportunity for them to fulfill their dreams and aspirations.

For a military person returning to civilian life, the transition can be quite challenging. You’re leaving a highly structured environment that has helped you mature and understand the value of preparation and productivity while serving a cause that is bigger than yourself. You want to continue to improve your life and the life of your family. And you want to join a team, be a leader and contribute to the workforce. There simply is nothing better out there to help military personnel and their families get the education they need to improve their lives than WGU.

In many ways, the military has taken up a portion of what high schools used to do for many students: teach a vocation and help them transition into adult life and earn a livable wage. Everyone in the military has skill sets they bring with them when they leave the military, from IT, medical, logistics and technology to communication, engineering and intelligence. Many often can transition directly into graduate programs because of the undergraduate work they completed while on active duty.

More important, they are all mature individuals who are taught the importance of “mission completion” and “teamwork.” They don’t mind putting in the long hours that are necessary to get the job done. Trust me, to have a mere eight-hour workday is a blessing for them!

It’s the collective job of all institutions to educate our citizens, but there’s a certain niche that the average community college and university can’t fill. That is, the folks who are stuck in the middle. Many of these individuals have some college education but for a number of reasons weren’t able to complete their degrees. And many others have no college education whatsoever, nor do they have the flexibility, access or resources to make that happen with traditional schools. In my opinion, these individuals can have that opportunity through WGU.

In a very distinct and innovative way, WGU North Carolina has met the flexibility, access and affordability needs of these Carolinians.

I would like the state to acknowledge that WGU is addressing the needs of and creating opportunities for military personnel as they transition to civilian life, as well as those who remain on active duty.

Unfortunately, most sources of higher education for servicemen, veterans and their families are cost-prohibitive. The cost of tuition, room and board, and even the books — not to mention the debt they will have to carry — are off the charts for the vast majority of the military community.

The traditional university and college system is evolving some by offering more online education. And that’s good. But getting a degree from those institutions is expensive both in terms of time and money. Many of those courses require that the student is in front of a computer at specific times. Service personnel and military families need flexibility.

What I’ve found fascinating about WGU and its mission is that it is the most student-oriented educational system I’ve ever observed. Everything that happens at the university is built around the students. It’s so student-focused, not only for accessibility and flexibility, but also for affordability and mentorship. And WGU’s graduation rate is remarkable! I encourage all North Carolinians to look carefully at how WGU aligns with adult learners’ needs and goals, and how it meets the state’s workforce needs.