See what one researcher learned from millionaires.

Brandon Pipkin, MBA from WGU
It’s a noble pursuit to continually seek knowledge and understanding, especially of a challenging subject. We all have our favorite topics, but what about those elusive ones that draw us in and interrogate us? Brandon Pipkin found his subject—and it changed his life. As he fought for success he found a truth that he simply had to share.

Brandon would tell you he’s “nothing special.” He would also divulge that once he understood his commonness, he started to see his intended path. 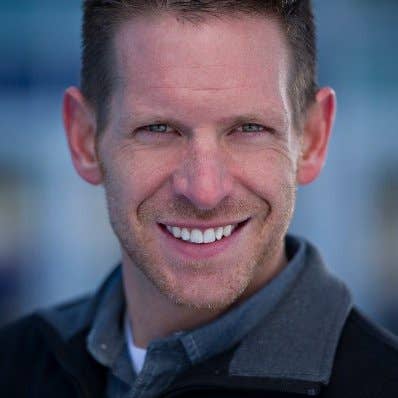 “My mom raised four of us on her own in poor circumstances. I vowed that would not be my story, that I was going to be rich and successful. When that didn’t happen like I expected, I kept researching success, trying to find the secret sauce somewhere,” Brandon said. It was an obsession with the topic of success that propelled him into writing his first book. An excerpt from that book summarizes his journey best:

“After years of buying and believing what the experts were selling and only getting further into debt and more and more frustrated, I learned the truth about success by interviewing 21 down-to-earth millionaires about how and why they did what they did. What I found is that not much of what they did matches what the experts say you have to do.”

—— 21 Questions for 21 Millionaires by Brandon Pipkin

When he’s not researching human behavior, Brandon travels to lead trainings and speak to a variety of audiences. He’s earned many accolades as a trainer/speaker.

“Every time I’m in the classroom, I don’t even think about work—that doesn’t cross my mind, and I don’t have to put effort into getting excited. It’s where I’m meant to be, and that’s the key to making trainings meaningful and doing them well. I think I’ve been given an ability to meet people where they are, expand their horizons by challenging their thinking, and support them in their first steps into a personal journey of growth.”

Taking one of the commonalities that Brandon shares in the millionaires book—course correction—we asked if he has to course correct when training. He had to think, then realized, “I think that may happen subconsciously! Every audience is different, and I would shudder to think that I gave the same training to each group. There’s constant course correction—sometimes within the first 30 seconds. Energy changes are big. I can sometimes get a read on the energy before everyone is in [the room].”

An alternative title for Brandon, and one he has chosen for himself, is social researcher. “I’m fascinated with human behavior and the drive to improve the human condition,” he explained. Brandon isn’t marketing a system or selling a trend. He’s telling the stories of human successes—as they unfold, in a very truthful manner.

“My passion in life is to know how any group of people find success. Plus, I have an innate desire to add to the world’s knowledge.”

By diversifying his research, his findings become universal in nature. We pressed him to pull back the curtain and tell us what’s next in his research and writing.

“I want to continue to share success stories with people. Right now, I’m halfway through with the next book, featuring 21 Olympic athletes. I’ve also thought about collecting the success behind cancer survivors and golden anniversary couples, those  married 50 years or more.”

So what does one learn from the process of writing a book? “Things happen at their own pace. I had to get comfortable with the enormous amount of time that it took to interview, review, transcribe, and finally write my findings from 21 interviews. I spent months just listening to the recorded interviews on my way to and from work each day. Truth has no agenda, and my goal was to tell the story that was there—from the mouths of the millionaires.”

What’s interesting is that the story Brandon tells in 21 Questions for 21 Millionaires is not the message he intended to write. His original plan was to use these millionaires' stories to illustrate to a sentiment from Robert Allen he has long embraced: A person’s passion is inextricably tied to financial compensation. Brandon still feels this is a strong idea, but it was glaringly clear that it was not an absolute supported by the millionaires.

Another well-known businessman that Brandon identifies with is Steven Covey. “Covey hadn’t achieved anything amazingly successful, but he researched greatly,” Brandon explained. “So it was the confluence of Allen’s idea and Covey’s work that pointed me toward this path. It was just very clear to me—it made sense. I knew I had to do it.”

When you read Brandon’s book, you’ll take note of the importance of following your gut.

“That’s my message: It’s up front in the book for good reason. When I was younger, I didn’t get it. I didn’t understand the full importance of putting your nose to the grindstone, showing up every day—even if you haven’t yet found your passion—and doing the best work you can.”

In front of a room, you’d likely hear him say something like this (and it just happens to be a great closing for this story):

“I used to just sit down when I hit a roadblock. Time-outs are often necessary, but you can’t sit down for long. Get up. Cross through those pain points. But know that—over time—work will always win.”