What is humanistic learning theory in education? 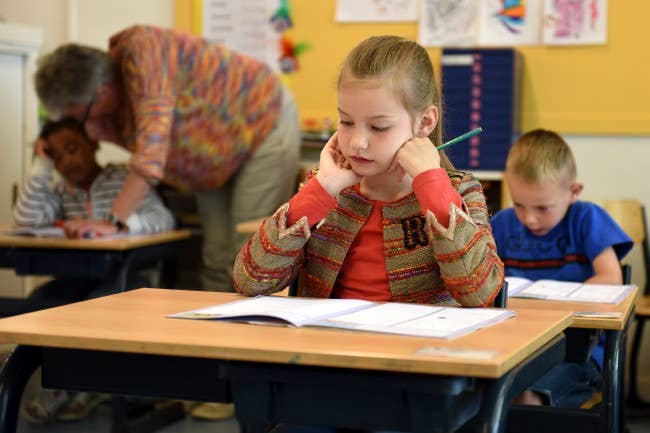 Good teachers are always looking for ways to improve their methods to help students thrive in their classroom. Different learning theories and techniques help teachers connect with different students based on their learning style and abilities. Teaching strategies that are student-centered often have great success in helping students learn and grow better. Learner-centered approaches place the student as the authority in the educational setting, helping ensure that they are the focus of education and are in control of their learning to an extent.

The idea of student-centered learning is an example of the humanistic learning theory in action. It’s valuable for current and aspiring educators alike to learn about student-centered education and other humanistic approaches to use in their classroom. These approaches can be vital in helping students truly learn and succeed in their education. Learn more about the humanistic learning theory and discover how it can be implemented in the classroom.

In history humanistic psychology is an outlook or system of thought that focuses on human beings rather than supernatural or divine insight. This system stresses that human beings are inherently good, and that basic needs are vital to human behaviors. Humanistic psychology also focuses on finding rational ways to solve these human problems. At its root, the psychology of humanism focuses on human virtue. It has been an important movement throughout history, from Greek and Latin roots to Renaissance and now modern revivals.

This theory and approach in education takes root in humanistic psychology, with the key concepts focusing on the idea that children are good at the core and that education should focus on rational ways to teach the “whole” child. This theory states that the student is the authority on how they learn, and that all of their needs should be met in order for them to learn well. For example, a student who is hungry won’t have as much attention to give to learning. So schools offer meals to students so that need is met, and they can focus on education. The humanistic theory approach engages social skills, feelings, intellect, artistic skills, practical skills, and more as part of their education. Self-esteem, goals, and full autonomy are key learning elements in the humanistic learning theory.

The humanistic learning theory was developed by Abraham Maslow, Carl Rogers, and James F. T. Bugental in the early 1900’s. Humanism was a response to the common educational theories at the time, which were behaviorism and psychoanalysis. Abraham Maslow is considered the father of the movement, with Carl Rogers and James F.T. Bugental adding to the psychology later down the line.

Maslow and the humanists believed that behaviorism and other psychology theories had a negative perception of learners—for example operant conditioning in behaviorism psychology suggested that students only acted in a good or bad manner because of the reward or punishment and could be trained based on that desire for a reward. Maslow and humanistic psychology suggests that students are inherently good and will make good decisions when all their needs are met. Humanistic psychology focuses on the idea that learners bring out the best in themselves, and that humans are driven by their feelings more than rewards and punishments. Maslow believed this and wrote many articles to try and demonstrate it.

This belief that humans are driven by feelings causes educators who understand humanistic psychology to focus on the underlying human, emotional issues when they see bad behavior, not to just punish the bad behavior. The humanistic learning theory developed further and harnesses the idea that if students are upset, sad, or distressed, they’re less likely to be able to focus on learning. This encourages teachers to create a classroom environment that helps students feel comfortable and safe so they can focus on their learning. Emotions are at the center of humanism psychology.

There are several important principles involved in the humanistic learning theory that all lead to self-actualization. Self-actualization is when all your needs are met, you’ve become the best you’ve can, and you are fulfilled. While Maslow and the humanists don’t believe that most people reach self-actualization, their belief is that we are always in search of it, and the closer we are, the more we can learn. 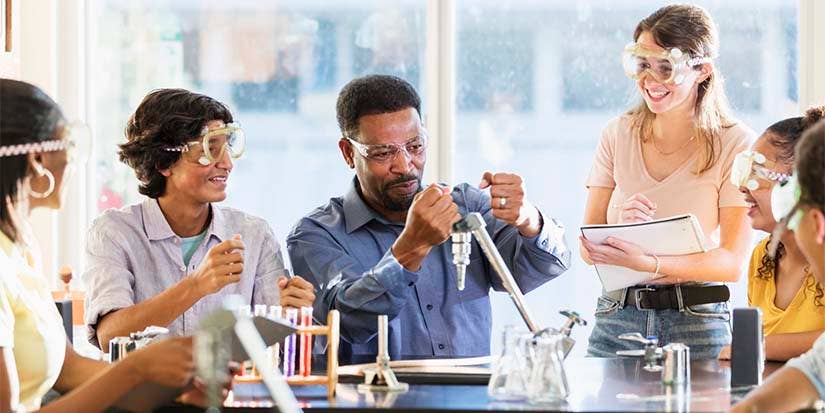 In the humanistic learning theory, teachers and students have specific roles for success. The overall role of a teacher is to be a facilitator and role model, not necessarily to be the one doing the teacher. The role of the teacher includes:

Some examples of humanistic education in action include:

A teaching degree is a crucial step for those who want to be teachers. A degree can help them learn about current practices and trends in teaching, learning theories, and how to apply them to the classroom. Established teachers can also greatly benefit from continuing education and continuously expanding their techniques.

When considering their own teaching practices, teachers can work to incorporate humanistic theory into their classroom by:

How to become a science teacher.

Learn the steps to become a science teacher and how WGU can help.

What is the transformative learning theory?

Learn more about the transformative learning theory and how to apply it in your classroom.