3 reasons to get a healthcare master's degree now. 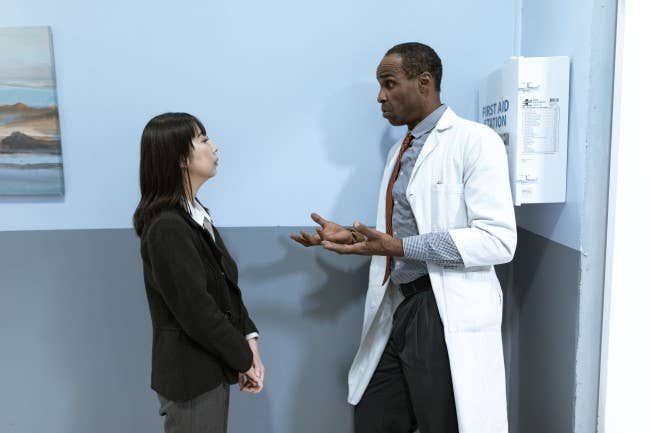 If you’re reading this blog, there’s a good chance you care deeply about healthcare. By earning your master’s degree in nursing or healthcare management, you can take the lead in changing our health system for the better. And now is a great time to do so! There are new faster and more affordable ways to earn your advanced degree.

Discover why a master’s is so important today and how to take the next step in elevating your and your patients’ lives.

Impact. That’s the power of getting a master’s degree in healthcare. You’ll be better positioned to impact patient outcomes and impact your own career. Did you know that according to the Bureau of Labor Statistics, RNs with their MSNs earn on average $42,000 more per year versus those with just a bachelor’s? That pay increase alone is more than the yearly median salary for U.S. workers!

Earning your master’s can also open a lot of doors. If you’ve ever wanted to move into a leadership role, chances are you’ll need an advanced degree to move up—regardless of your years of experience. Or if you’re currently working as a nurse but want to move into an operations, informatics, or education role, then getting a master’s degree in one of these specialties can fast-track your transition.

Other ways a healthcare master’s degree can impact your career are:

Whether you’re a practicing nurse or a full-time student finishing up your bachelor’s degree, free time is no doubt in short supply! That’s where WGU can help. All of the coursework for our master’s programs can be completed online. So you can work on your degree when and where it works best for you.

Here are the top three reasons why so many leaders in healthcare and nursing choose our university for completing their advanced degrees.

WGU uses a competency-based education (CBE) model. This means you can move through courses as fast as you learn the material—instead of having to wait until the end of a semester or term. So if you already have healthcare experience or have more time to dedicate to your studies, you can graduate faster than with traditional programs. Programs also start every month at WGU, so you don’t have to delay until fall or spring to begin your master’s degree.

If you’ve already started your master’s degree and would like to transfer to WGU, we’ve got you covered there, too! Finishing your degree at WGU can speed your time to graduation thanks to our CBE model and online coursework flexibility. And it can save you money by potentially lowering the number of semesters you need to finish your degree. Another perk is WGU’s generous graduate-level credit transfer policy.

A unique feature of WGU is the fact that we allow you to transfer accredited MSN courses to your MSN program. You can transfer up to 17 CUs or 47% of graduate-level courses taken at an accredited institution. This includes entry into our:

If you’re interested in our master’s in health leadership degree, we’ll consider up to eight CUs or 24% of graduate-level courses taken at nationally accredited programs.

To be eligible, your courses must have been completed at an accredited university within the past five years with grades of B or higher. Visit the College of Health Professions admissions page for more details. 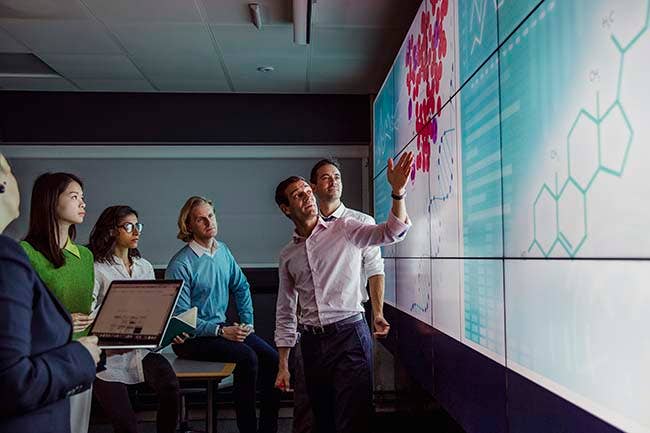 When going back to school, flexibility is critical to your success. If you don’t have enough time or it’s not convenient for you to complete coursework, earning your degree can become a long and frustrating (and sometimes unsuccessful) journey.

This is why WGU has put all of its coursework online and has no set log-in times—so you can study, access learning materials, and take tests when and where it’s most convenient. It also means that you can continue working full-time while getting your new degree.

Another way WGU is more flexible than other universities is that there’s no work requirement for admission into our MSN programs. So if you’re currently not working as an RN, not working at all, or pursuing other career opportunities, you can still apply to continue your nursing or healthcare education.

Let’s face it … cost is a big factor when deciding if you should get an advanced degree in healthcare. Some master’s programs can run into the tens of thousands of dollars. However, at WGU, you can earn an MSN for as little as $14,200.

WGU's tuition is less than $8,300 per year, including fees. Tuition is charged per six-month term, not per credit hour—which means that you can complete more courses in one term without paying more money. And if you're able to accelerate your progress by completing courses faster, you'll lower your education costs even further.

WGU also offers numerous need-based scholarships, helping to make your tuition even more affordable. In fact, more than $16 million in scholarships were given to 7,748 students in the past year alone. And nearly one-in-four applicants received an award!

Of course, the value of your master’s degree ultimately determines its true worth. Not only is WGU’s College of Health Professions nationally accredited, but it’s also well respected by healthcare professionals and employers alike. According to a recent Harris Poll and WGU survey:

As with all things in life, there’s never truly a perfect time to start a new journey. But with the many opportunities for advancement that a master’s degree brings—both within your professional career and the healthcare industry at-large—now may be the right moment to begin.

Learn how nursing technologies are drastically impacting patient care around the world.

4 ways to become a nurse leader.

In fast-paced, high-stakes environments, it takes a lot to stand out and climb that ladder.

The demand for health information professionals is continuing to grow at a faster rate than ever before.