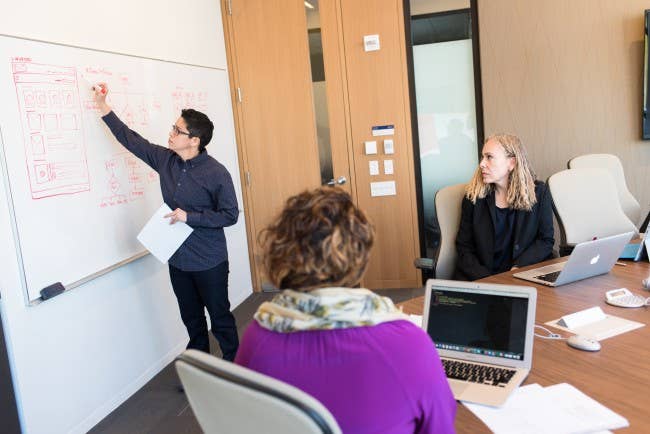 Every company, no matter what industry they’re a part of or how big they are, needs good leadership to be successful. Good leaders are a vital part of effective business practices. And for most, being a good leader doesn’t come inherently. That’s why there are entire degree programs dedicated to management and helping students become great leaders in their business.

Leadership theories are the explanations of how and why certain people become leaders. They focus on the traits and behaviors that people can adopt to increase their leadership capabilities. Some of the top traits that leaders say are vital to good leadership include:

Ralph Nader says “The function of leadership is to produce more leaders, not followers.” This is considered transformational leadership—a leader can alter the perspective or psychology of a follower and shift them to want to become a leader too. This suggests that at the end of the day, leadership should be elevating and inspiring. Leaders should push the people they lead to new heights, helping them to grow into what they know they can become. Transformational leadership is an important psychological perspective for leaders to study and understand if they want to really influence and impact others. Different leadership theories address to create stronger and more effective leadership, helping followers become encouraged to be leaders themselves. 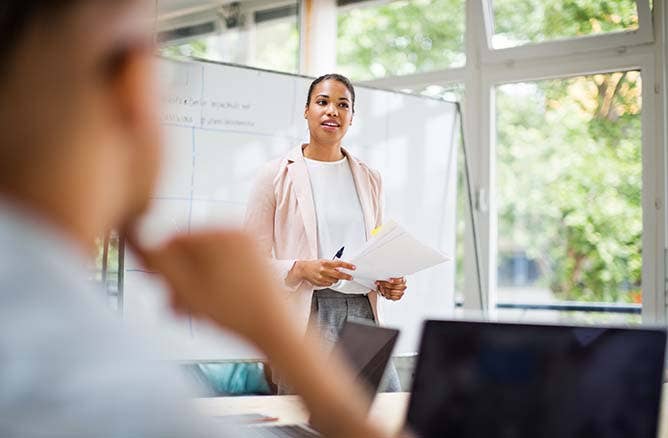 While there are dozens of leadership theories and psychology, there are a few that are more well-known. These more common leadership theories are important to understand and recognize, especially if you currently are, or are studying to be business leader in the future. Understanding psychological and social impacts of effective leadership will help you determine the kind of leader you want to be.

--Behavioral theory. The behavioral leadership theory focuses on how leaders behave, and assumes that these traits can be copied by other leaders. Sometimes called the style theory, it suggests that leaders aren’t born successful, but can be created based on learnable behavior. Behavioral theories of leadership focus heavily on the actions of a leader—this theory suggests that the best predictor of leadership success is viewing how a leader acts. Action rather than qualities are the focal points of behavioral learning theory. Patterns of behavior are observed and categorized as “styles of leadership” in this theory. Some of the styles of leadership include task-oriented leaders, people-oriented leaders, country club leaders, status-quo leaders, dictatorial leaders, and more. At the end of the day, the actions and actual behaviors of a leader are what defines success in this theory.

The behavioral theory has many advantages, primarily that leaders can learn and decide what actions they want to implement to become the kind of leader they want to be. It allows leaders to be flexible and adapt based on their circumstances. Another great benefit of this leadership style is that it suggests anyone is capable of becoming a leader. Some disadvantages of the behavioral theory are that while it allows flexibility, it doesn’t directly suggest how to behave in certain circumstances. There are dozens of leadership styles that stem from the behavioral theory, but there isn’t a right one for every circumstance.

--Contingency theory. The contingency leadership theory, sometimes called situational theory, focuses on the context of a leader. These theories look at the situational effects of the success or failure or a leader. A leader’s effectiveness is directly determined by the situational context. While a leader’s personality is a small factor in their success, the most important factor is the context and situation of the leader. This theory takes the specific leadership styles and suggests that good leaders can adjust their leadership style situationally. It also suggests that it may be best to find the right kind of leader for a specific situation. Types of contingency theories include the Hershey and Blanchard’s Situational Theory, the Evans and House Path-Goal Theory, and Fiedler’s Contingency Theory.

The contingency theory has great great advantages, including that leaders are able to be effective no matter their situational context. However, this theory does have criticism suggesting that there isn’t enough detail that goes into the context of any situation. Contingency theory focuses on the importance of a situation, but may not focus enough on the psychology of the employees or the company itself. It also may not focus enough on how leadership styles can change over time.

There are internal and external factors that impact a leader and their situation. The type of company, the size of the team, and the innate leadership style of an individual are internal factors. External factors may include the customer feelings and the marketplace. All of these situations play a factor into the contingency theory.

--Great Man theory. The great man theory of leadership, sometimes called the trait theory, suggests that good leaders are born. They have innate traits and skills that make them great, and these are things that can’t be taught or learned. The trait theory suggests that leaders deserve to be in their position because of their special traits.

There is a great amount of criticism for the trait theory, mainly that leaders are either born or not, that there isn’t work or effort that is needed to be put in so you can become a leader. This suggests that social or psychological leaders are predetermined and that leaders are unable to come from the shadows—they are either chosen or not. There is also criticism that most of the traits associated with this theory are inherently masculine, and don't match the real psychology of good leaders.

People cite Abraham Lincoln, Alexander the Great, Queen Elizabeth I, and many others as their examples of the great man theory. These social giants utilized their skills to lead nations. High levels of ambition and determination are usually seen in leaders that appear to bring this theory to life. Today, leaders that climb to the top may view their traits and abilities as part of the “great man” theory. So it may appear that leaders get to their position based on their inherit gifts.

The management leadership style can be extremely effective. Positive reinforcement is known for working wonders with employees, encouraging and motivating them to succeed. But there is lots of criticism around leadership that is strictly transactional as well. Consequences and punishments can decrease morale in an organization, negatively impacting employees. It can also be seen as a lazy leadership style—rewards and punishments are a relatively simple way to lead employees.

A common example of this management style is a leader that offers a cash bonus for employees who meet a goal. Or a leader who makes employees do extra paperwork if they miss a deadline.

--Participative theory. Participative leadership isn’t as common in the corporate world. Sometimes called democratic leadership, this leadership theory suggests that employees be directly involved in decision making in their organization. The leader simply facilitates a conversation and then takes all the suggestions, and comes up with the best possible action. In this theory, everyone is very involved with decisions for the team and organization, with the leader simply helping direct the charge.

There are many advantages to this theory. Employees feel more engaged and motivated when they are directly involved in decisions and outcomes for their company. This theory is not without criticism however—some suggest that this type of style makes leaders appear weak or unnecessary. It is also a criticism that leaders in this theory don’t actually get the best outcomes, because they are too engaged in what people want more than what the company needs.

Bill Gates is a well known example of participative theory. While this theory is still hotly debated, there are many examples of companies that work to incorporate employees more in the decision making process. In this theory, a leader may have a meeting to ask employees how to solve a particular problem. They encourage employees to be open and honest about their thoughts. They take all the suggestions, and meet with other leaders to discuss them. Leaders then make a decision based on the input from employees and their own decision making. Employees tend to appreciate this style, though it can be less effective overall.

--Power theory. This theory looks at the way a leader utilizes their power and influence to get things accomplished. French and Raven's Five Forms of Power is a commonly known power theory of leadership. It looks at positional power and personal power and how they impact leaders choices and outcomes.

This theory may appear to be highly effective—leaders with great power may seem highly efficient and get things done quickly. However, most employees don’t appreciate power leadership. They want a leader who doesn’t wield power over them, but works with them and encourages them. Thus the greatest criticism of this theory is that it doesn’t reach the end goal of inspiring and encouraging employees, but rather makes them feel dominated.

The power theory can be seen in organizations where hierarchy and promotion is key to success. Employees in power theory companies see that their only way to influence change or impact the company is to gain power of their own. This can result in low morale, political, and cliquey climates in the office.

--Relationship theory. The relationship theory of leadership focuses on leaders who are mainly concerned about their interactions with others. They are often mentors for employees, scheduling time to talk to them and working to meet their needs. These kinds of leaders are focused on making work enjoyable for as many people as possible, and they want to foster a positive work environment. Studies show that this kind of leadership behavior can be the most effective for many employees. Relationship-oriented managers often get better results from their employees.

There are many advantages to this kind of leadership. Employees feel confident in their leader and want to follow them. They are also inspired to be good leaders to others. Mentorship provides great opportunities to foster growth in employees, and encourages them to stay at the organization for a longer period of time. There are some critics for this kind of leadership however, including thoughts that relationship driven leaders may be unwilling to view employees who are causing problems at face value, they can let relationships get in the way of work, and they can be guided to favor people over productivity. However, most experts agree that relationship driven leaders are actually more effective at the end of the day.

An example of relationship theory would be a manager who takes a newer employee under her wing. She works to help this employee understand how they fit within the organization, encourage them to be open about questions and problems, and create a positive working relationship. This employee then is encouraged to work hard, point out issues, and help solve problems for the company.

What is a growth mindset? 8 steps to develop one.

Learn what a growth mindset is, and how WGU can help you develop one and find success.

What is cognitive learning?

Discover what cognitive learning is and how it can help teachers reach their students.

How to grow your business career.

Here's a look at four levels of business careers and how to advance through each on the road to long-term success.