What is participative leadership? 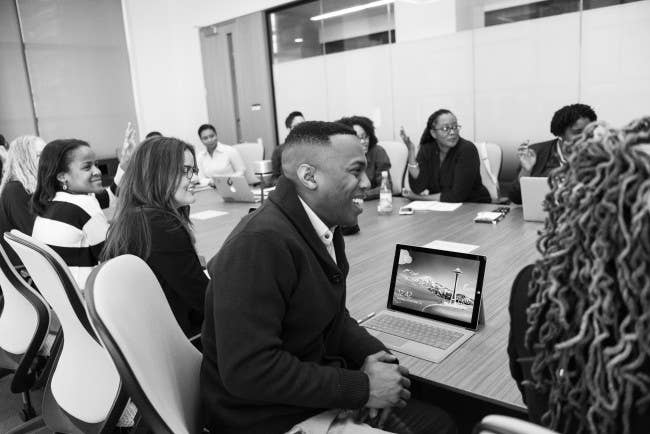 Participative strategy in leadership is the practice of engaging in a team-based democratic approach to advance  a company, business, or project forward. The initial concept of this leadership style can be found in the Hawthorne experiments, which were conducted at Hawthorne Works in Illinois back in the 1930s—though their findings were linked to employee motivation rather than leadership. In the 50s, it was realized that during those studies, worker productivity had increased because employees were being observed. Meanwhile, another study from the 30s pinpointed three different leadership styles: democratic, autocratic, and laissez-faire. But a theory of human motivation that was introduced in 1943 had the biggest influence on the concept of participative leadership by detailing how human motivation can vary based on personality and needs.

The methodology behind being a participative leader is simple. Rather than employing a top-down approach to managing a team, everyone works together for the decision-making process and address company issues, sometimes employing an internal vote to address problems or challenges. It’s more of a democratic approach to leadership, where everyone in the company or organization gets a say in how things operate. Leaders encourage, involve, and utilize participation from everyone in decision-making and work—this makes group members feel better, improves morale, and helps everyone buy in to the goals of the organization. While it’s true that participative leadership isn’t necessarily the right approach for every company, its principles can still be applied within departments at larger companies or in smaller team settings within those departments.

Since participative leadership was identified in the 30s, the practice has been explored in historical studies and theories based on human motivation. But those explorations came to similar conclusions—namely, that this type of democratic leadership can lead to growth motivation by meeting the human need to self-actualize.

Participative leadership works best in environments that are lower pressure and not usually prone to quick turnarounds and need-it-yesterday projects. That’s because this kind of leadership takes time, especially if you’re working with a larger team or company. Getting everyone’s input or opinion doesn’t necessarily happen instantaneously, so democratic leaders have to be prepared for a delay before they're able to take any definitive action.

Some of the industries, organizations, and businesses where this kind of participation works best include universities, technology companies, and construction firms or other businesses where co-ownership is baked into the foundation of the company. Additionally, creative environments can benefit from a participative leader, where a group approach to brainstorming can create unique opportunities for problem-solving.

That’s not to say that larger-scale businesses or companies can’t use participative strategies to their advantage. Company-wide application could be overly challenging and bring progress to a grinding halt. But if used in departments within a company, or in smaller teams in those departments, participative decision-making and management offers a forward-thinking approach that can build team bonds and help everyone take ownership of a project, which can ultimately guide them to success.

There’s not one specific way to engage in this kind of participation—in fact, the practice exists on a spectrum that spans the high end of full company participation to the lower end of employee input that ultimately guides leadership in making their own decisions. The different approaches to participative leadership include:

It can be tempting to jump into a new leadership style when it offers the opportunity to improve employee relations while strengthening your business. But before you take the leap, it’s a good idea to engage in more formal training to ensure you fully grasp the concept and are able to apply it effectively.

A bachelor’s degree in business management or a master’s degree in management or leadership can set you up for success by helping you to understand the fundamentals of participative leadership and giving you the tools you need to be a sharp and confident leader.  And the best part? Taking these programs online means you can easily work your course load into your busy schedule, allowing you to learn at your own speed (and even apply what you learn in real time). 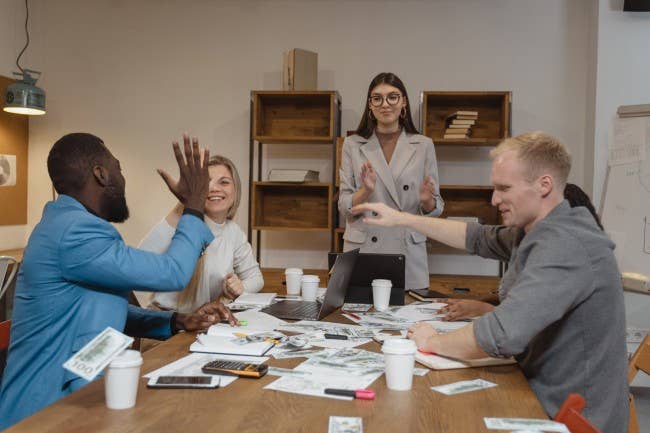 Adopting a participative leadership style may have its challenges, but in many ways, the benefits make up for any implementation issues that may arise. Preparing yourself with an online management or leadership program could make all the difference in the successful implementation of this approach. Not only can adopting participative leadership create new opportunities for success, it can support your employees and enhance their quality of professional life—and that’s the most important part.

Learn about 11 important principles of leadership and how you can apply them in your career.

Learn more about the qualities and traits of successful leaders, and how you can become one.