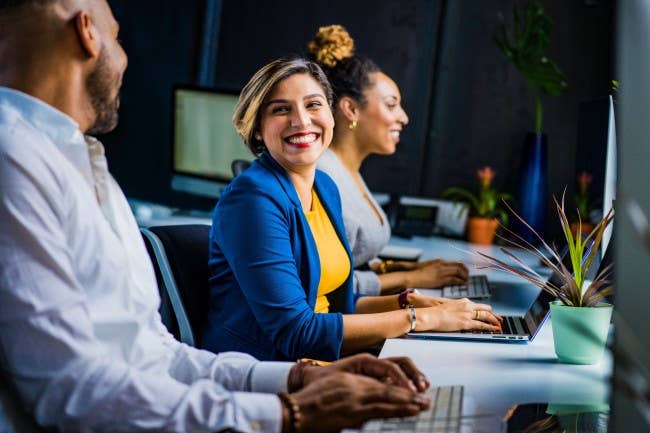 Many women face inequality in the workplace. This comes in the form of salary discrepancies, harassment, stereotypes, and more. While this inequality can come in every industry, it seems particularly prevalent in the male-dominated tech industry. There are often many initiatives and events to get more women in the tech industry, as well as an educational push to get more women in STEM programs.

At WGU we understand the importance of women studying IT. When more women study IT, there are more qualified individuals who can help fight gender bias in that industry. Whatever branch of tech you choose to study, it’s important to understand why people are trying to nudge more females into technology and STEM programs, and how gender bias can impact women in the tech workforce.

Research shows that the tech industry is almost 75% male, and even as the number of females in tech grows, it is very disproportionate to the number of men. This lack of balance can be a breeding ground for gender bias within an organization.

Gender bias is a preference or prejudice of one gender over another. Gender bias can be conscious, or unconscious—sometimes people are biased about a gender without even really realizing that they are. This is why it can be difficult to eradicate gender bias. And particularly in industries like tech, where there are far less women than men, gender bias is hard to remove because there are fewer female examples to help dispel it.

In some industries there is a gender bias against men. This can happen in nursing, education, childcare, communications industries, and more. While men often don’t see pay inequality, they can suffer from stereotypes and sexist comments about their work.

Whichever gender is facing a bias, there are many negative consequences. In male dominated industries, gender bias in the workplace often means that females are passed-over for promotions and given less responsibility. It can mean that their ideas and comments aren’t heard as often. When there is only one female in a room full of men, she may feel unable to speak out and give her insights.

In any industry, bias based on gender can make people think that a certain gender isn’t as qualified or good at a job. Stereotypical thoughts can make people believe a certain gender doesn’t have the skills or qualities that the job requires. Intelligence, compassion, communication, and leadership skills are all qualities that can be downplayed thanks to gender bias.

The reality is that bias based on gender ends up hurting everyone. If females in a boardroom don’t feel confident sharing their thoughts, good ideas may not come to the table. Diversity and difference of opinions helps encourage better problem solving and solutions. If anyone feels that they are unable to share their insights, everyone suffers. Similarly, good leaders and employees can be passed over when this bias is involved. And again, the entire organization can then suffer. 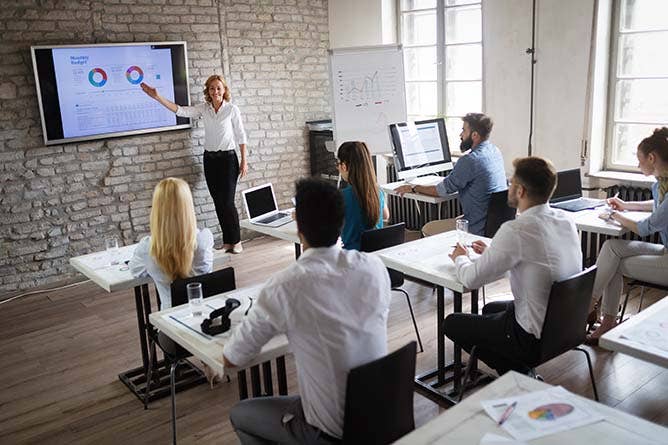 There are many common examples of gender bias that can negatively impact any industry, but particularly women in the tech industry.

There are many ways that gender bias against women can impact the technology industry, and the result is that less women are inclined to want to go into, or stay in that field.

Today research shows that of all the computing jobs in the U.S. only 25% are held by women. Additionally according to a research study, in Silicon Valley where tech is huge, men earned roughly 61% more than women on average. And in every large technology organization like Apple and Microsoft, women hold far less than 50% of the jobs at every level.

It’s extremely important to note that research also shows that more than 50% of women leave tech jobs mid-career, a turnover rate that is nearly twice as high as the male turnover rate. And nearly 40% of women who earn engineering degrees either quit, or never enter the profession. Only 3% of women say a career in technology would be their first choice.

These statistics are staggering and paint an important picture about what the reality of women in technology looks like. When employees and managers, men and women, all understand how gender bias impacts the workplace, more can be done to help correct this.

A diverse workplace has many benefits for employees, managers, and the entire company. The role of women in technology cannot be emphasized enough. When women have a prominent role in an organization, the doors are open to more diversity which is a major benefit. This can include:

It may seem overwhelming, that there’s not much to be done about the huge problem that is gender bias. There are simple and valuable things you can do to start fighting bias of gender and sexism in your own organization now.

Create awareness with others. It’s important to use empathy and keep conversations open when dealing with difficult topics in the workplace. You can start the conversation in your office and speak up when you see bias happen. Some people may not even be aware that they are doing it, so speaking up and creating a dialogue can help you to create awareness.

Empower yourself and coworkers. You can empower yourself as a female in the workplace to help address a bias based on gender. Speak up in meetings, take a middle seat at a conference table, and put your hat in the ring for promotions and raises. Men and women alike can empower women in the workplace by recognizing achievements and creating a clear vision of how women benefit the company.

Engage in mentorship. Mentors in the workplace can become allies in helping combat gender bias. Men and women mentors alike are crucial in helping employees remove gender bias. They can demonstrate how gender bias is incorrect, redirect questions, and share insights in meetings.

When it comes to the technology industry, gender bias is unfortunately alive and well. But as more women earn IT degrees and get qualified to enter the industry, the bias will dwindle away. Whether you’re going into the tech industry or not, you as an individual can help fight gender bias and create a better working world for women.