STEM Innovator Inspires Passion One Pumpkin at a Time 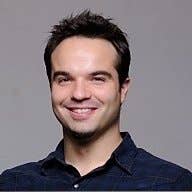 “Now, these aren’t normal pumpkins,” said Chelsey Roebuck, a STEM education innovator, at a recent installment of Western Governors University’s Sage Talks lecture series. “Students go through about a month activity where they’re concurrently learning about digital and analogue inputs and outputs, how to program lights, motors, sensors, buzzers—but they also go through a unit of design and creativity. They come up with themes, they come up with central ideas, and at the end of this month or so, they have these wacky, spooky creations.”

These tech-modified pumpkins have been dubbed “hack-o’-lanterns,” and feature everything from motion-activated flapping wings, to light up eyes, music, and even dancing jellyfish. Once the students have completed their creations, they display them on 125th street in Harlem and explain the science behind their work to passersby.

The "hack-o'-lantern" project is one of many supported by Emerging Leaders in Technology and Engineering, Inc. (ELiTE), an organization Roebuck founded to provide STEM curriculum, classroom support, afterschool/summer programming, and mentorship to students from underserved communities. ELiTE’s mission is to open the door to careers in fields like mechanical engineering and computer science for students who, in many cases, don’t even have access to advanced math classes, much less robotics and computer programming.

“We’ve found, when we create these culturally relevant projects, when we give them a chance to connect their interest in science and engineering with things that they’re passionate about—like basketball, like music, like SpongeBob—the kids are staying longer, they’re coming in on Saturday,” he said.

Thanks to low-cost, open source technologies like Arduino computer boards, ELiTE’s students are able to take their work home with them, where they can tinker, experiment and explore on their own terms. At just $30 per kit, Arduino boards can be used with PH probes for chemistry applications, photo sensors for mechanical applications, and much more—they’re essentially mini computers that can be programmed for virtually any purpose.

“Once the students had the materials in their hands, to work whenever they wanted, we started getting emails from students at 1-2 o’clock at night (or, in the morning) on a Friday or Saturday, of kids sitting in their living room in the Bronx surrounded by siblings and cereal boxes, and all of the chaos within their apartment and the joy and look on their face and the people around them, to see the work that they were doing, was so, so powerful,” Roebuck said.

Expanding students’ access to advanced technologies enables ELiTE and its partner schools to push the envelope in another critical area: academic rigor.  While projects like the “hack-o’-lanterns” are fun and whimsical, the STEM concepts they’re built around are anything but frivolous—students typically have to have at least a year of experience learning basic concepts before they can begin mechanizing pumpkins or building robots.

Roebuck began his career in education as an SAT math tutor for inner city kids while he was studying mechanical engineering at Columbia University—an experience that opened his eyes to the vast differences between his privileged upbringing as a private school student in Philadelphia and the public schooling these students received. He found that many of these inner city schools lacked even basic physics or chemistry classes, and that the few programs offering supplementary STEM education to disadvantaged students often emphasized fun at the expense of true learning. Access, Roebuck concluded, was only part of the problem—these students also needed to be challenged in order to compete in college and beyond.

Joel Bianchi, a STEM teacher whose sixth grade class at Frederick Douglass Academy was one of the first to partner with ELiTE, introduced Roebuck at the Sage Talks event and shared some of the critical questions the two of them ask about every program they develop together.

“At the end of the day a kid can learn something, but are they able to actually do something with their life with it?” Bianchi said. “Can they get into an engineering school? Can they get through it? Are we giving them the resources to do that?”

A 12-year veteran teacher with a master’s in physics education from WGU, Bianchi is constantly looking for ways to stay ahead of the technological curve. With help from Roebuck and ELiTE, he was able to introduce computer science and programming classes at his school four years ago—subjects that have only recently begun to gain widespread popularity at the K-12 level.

“When a teacher brings the same passion and enthusiasm into a classroom that I see Joel Bianchi bring in every day, that’s where you find success,” Roebuck said. “The reason why Joel’s classroom is filled with 50 to 60 students every day after school until security literally kicks everyone out of the building is because [of] the energy that he brings into his classroom every single day.”

For Roebuck and ELiTE, passion isn't a simple product of creative lesson plans and access to technology—though these are critical components. For students to attain their full potential, Roebuck believes that educators must do what they can to help them navigate life outside of school, too.

He gave the example of one student who did well in her coursework, but who wasn’t submitting any college applications. After spending time to learn more about her situation, he discovered that she was an undocumented immigrant and was afraid of being deported.

Through extensive research, and help from some attorney friends, Roebuck was able to clear the way for the student to get into college and even receive some financial assistance.

“A lot of times, especially in communities like the communities we serve, students are facing issues like this on their own every day,” Roebuck said. “And until you as educators can take the time to build the trust and the relationships with your students so that they can open up to you—so that they can trust you—you’ll never be able to fully support them.”

Roebuck's innovative approach to education has landed him on Forbes magazine's list of the 30 most influential education thinkers under the age of 30. Yet, he attributes this success in part to the fact that he comes to education as and outsider: he's an engineer by training, and he feels this gives him a unique perspective that is especially valuable to students.

He concluded his remarks by urging listeners, no matter their background, to become involved with a classroom, even if only to gain a renewed appreciation of what school is like from the perspective of a student.

"My biggest takeaway from today is encouraging everyone—whether or not you’re an educator, a formal educator, an informal educator—to spend time in a classroom," he said. "If you’re a teacher, find another classroom.”