Supporting Girls in STEM Is One of the Biggest Education Trends

Help your students join the surge of girls embracing STEM with these activities.

One of the fastest-growing education trends is to support girls in STEM (science, technology, engineering, and math). Around the world, girls are embracing technology, especially coding, and realizing its power to change the world.

Is your school part of this trend? Here are some ideas to help your female students join this worldwide movement.

Founded by political activist Reshma Saujani, Girls Who Code (GWC) is an organization on a mission to close the gender gap in technology and change the perception of coding. Because the field of computer science is now attracting smart, powerful, strong and successful girls and women, GWC is a big part of making this career path "cool." 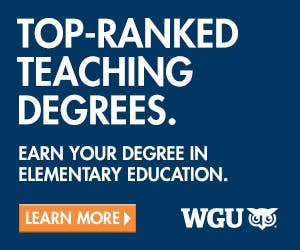 In the five years since its founding, the organization has grown from 20 girls in New York City to 40,000 girls throughout the United States. GWC offers simple and accessible resources to start coding clubs and learn coding skills. This organization has played a huge role in the growing popularity of coding clubs for girls.

Tom Acker, a middle school technology coach in Michigan, has seen an upward trend in girls' interest and performance in math and technology. "People used to assume that boys were better at math or STEM, which was a false assumption," he said. "When let loose on CS First, Scratch, and other project-based learning, girls have more grit. Our best Scratch programmers are 7th grade girls this year."

Teach Technology as a Problem Solver

Attracting more girls into STEM and coding might just require shifting the way you present it to them. Many girls believe math and science is "hard" or "boring," but it can be made more appealing by teaching them to view technology as a way to solve problems and help people.

The 2015 documentary CODEGIRL depicts this view of technology. CODEGIRL is a film that follows 5,000 high school girls from 60 countries as they work to improve their community through technology. Teams of female students tackle pressing global issues, such as lack of clean water, lack of garbage cans, and safety issues, through technology. It offers a powerful message for girls who possess a passion to change their world.

Some schools are fortunate to have women teaching STEM classes or leading coding clubs. Schools with these role models know firsthand the benefits for female students. Acker has seen this in his own Michigan middle school. "I don't think girls are likely to avoid STEM if they have a female teacher or role model," he said. "One club at our school is run by women and has 55 percent girls. Another club is run by an older guy, and it is 25 percent girls."

If your school doesn't have a female in this role, there are plenty of successful women in science and technology who can provide positive role models for female students. Debbie Sterling is one of these role models. Founder of GoldieBlox, Sterling describes her journey to becoming a successful engineer in a male-dominated industry in her Tedx Talk. While Sterling admits she's still a minority in the field, she believes the girls of today will not be.

Start a Club at Your School

Girls Who Code currently offers free after-school clubs, summer programs, and courses. After-school coding clubs are currently located in every state; if there isn't one located near your school, starting your own club is easy.

After-school clubs affiliated with Girls Who Code are free and designed for middle and high school students. Club facilitators must be over 18 and can be teachers, librarians, parents, or volunteers. There's no requirement for facilitators to be computer savvy, or have previous coding or engineering experience.

Girls Who Code provides the curriculum to lead your group through 1-2 hours per week, as well as a how-to webinar, video training guides, and support during your club meeting from a technical content team.

The future of technology is changing. No longer just for boys, today's girls are learning about coding and joining the field of computer science in record numbers. How will you help prepare your female students for the future?

Jill Eulberg is a veteran special education teacher, writer and blogger. She has a masters degree in Special Education from Roosevelt University in Chicago, and has taught students with disabilities since 2003. She is the author of the blog www.spedtales.com, which offers funny, exasperating and heartwarming tales from the life of a special ed teacher. She has also written for the Chicago Tribune, Daily Herald, Minnesota Department of Public Safety and the Minnesota Association of School Administrators.