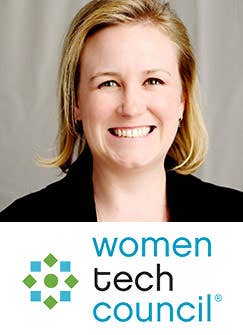 In 2017, Western Governors University lost a long-time leader, colleague, and friend when Amanda Hudson passed away from breast cancer. WGU is proud to honor her legacy with the Amanda Hudson Memorial Scholarship, an exclusive opportunity that will be awarded to a Women Tech Council individual member or an employee of a WTC member or sponsor business. (Any nonmember who applies for this scholarship will be signed up for a  free Women Tech Council membership.) The scholarship will be awarded to one new student in WGU's College of Information Technology and is worth up to $5,000 toward WGU's already-low tuition.

Mandi began working at WGU in 2006 as the Electronic Marketing Coordinator. Over the years, she helped WGU grow its online presence, overseeing the university's website and online marketing activities. She advanced to Director of Online Marketing in 2012. During her tenure at WGU, she guided the university through tremendous growth and a dramatically changing online environment.

She was a tireless champion of women seeking to build careers in technology and a strong example of a leader in IT, even as she battled her illness. The day she received her diagnosis of stage IV metastatic breast cancer she spoke to 200 female middle school students about pursuing careers in tech. She received WTC's Women Tech Impact Award in 2015, was named Honorary Charwoman of the Susan G. Komen Race for the Cure, and documented her battle with cancer through her blog Darn Good Lemonade.

This scholarship will be credited to your account at the rate of $1,250 per six-month term, renewable for up to four terms.

Interested in seeking this scholarship? The first step is to apply for admission.

Eligible degrees and programs for this scholarship

3 Steps to Apply For WGU Scholarships