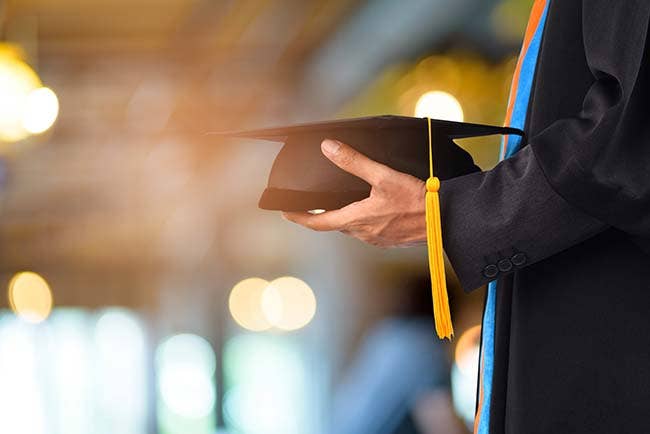 In honor of WGU Texas' 10th anniversary year, the university is going to award $10,000 scholarships to ten newly enrolled students.

At WGU we believe in the inherent worth of every human being and that talent is universal, but that opportunity is not. This year, WGU Texas will create more pathways between talent and opportunity through the WGU Texas 10th Anniversary Scholarship.

This is a competitive scholarship. Recipients will be awarded $2,500 toward their WGU tuition each six-month term, for up to four terms!

Visit texas.wgu.edu/10years for facts, videos, and messages marking WGU Texas’ 10 years of helping Texans change their lives for the better.

This scholarship will be credited to your account at the rate of $2,500 per six-month term, renewable for up to four terms.

Before monies are distributed, the scholarship recipients must read the WGU Student Handbook and agree to and understand the academic progress, tuition, and refund policies. The student will also be required to agree to the WGU Scholarship Terms and Conditions before monies will be awarded. The student must also meet the university’s On Time Progress requirements to maintain scholarship eligibility. Each student can only be awarded one scholarship that is funded or administered through WGU during their degree program.

3 Steps to Apply For WGU Scholarships

Learn how donors can make a difference at WGU by visiting wgu.edu/advancement.